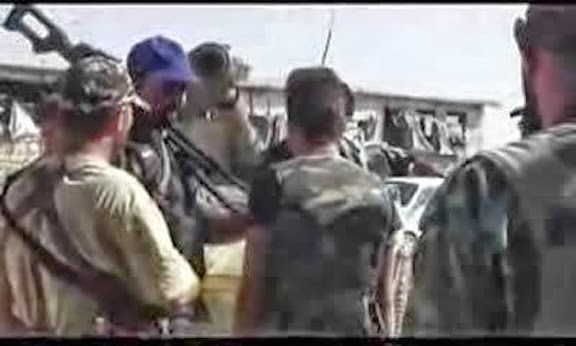 Above: video still of purported IRGC special forces in Syria

Available at the “War on the Rocks” blog is a well thought out piece on Iranian military thinking, entitled "Military Intervention, Iranian Style." Below are highlights:


Two decisive military experiences in the 1980s have helped shape Iran’s approach to military intervention and its very strong preference for covert operations. The first is the Iran-Iraq War (1980-1988), which is arguably the defining experience of the Islamic Republic, on par with the revolution itself. While Iran’s conventional military achieved its primary objective of not conceding an inch of Iranian soil to Iraq using overt operations, it was far less successful in projecting power into Iraq, and the stalemated war ultimately cost hundreds of thousands of casualties and hundreds of billions of dollars. Critically, Iran learned the limits of its conventional military power, constrained by technological and industrial shortcomings and international balance-of-power dynamics.

The second experience was attempts by the Movements Branch, the predecessor of the Islamic Revolutionary Guard Corps (IRGC) Jerusalem (Qods) Force, to create resistance movements across the Middle East, especially Hezbollah in Lebanon in the early 1980s, and helped shape an evolving template which has been used widely elsewhere since. This second experience has left a greater imprint on Iranian military interventions due to its relative military success, cost-effectiveness, and deniability.

COMMENTARY: This accurate assessment is instructive, given Iran’s large ground force mobilization and subsequent restraint during the crisis on its eastern border in 1998, and the current crisis in Iraq where reports indicate Iran has massed a large conventional military ground force of ten divisions on its western border.


With this background in mind, what is Iran’s approach to military interventions? It typically follows three basic principles.

2. Partner with indigenous forces and use unconventional warfare

COMMENTARY: Sabet elaborates on each of these three identified principles.  Readers are encouraged to read his piece in full, by clicking HERE.

Note: Farzan Sabet is a doctoral candidate in international history at the Graduate Institute, Geneva.
Posted by Mark Pyruz at 1:37 AM