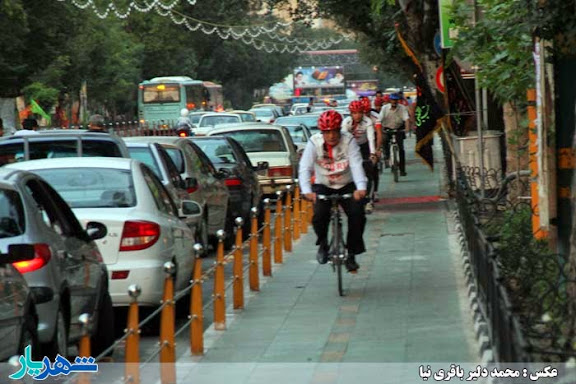 Newly installed bike lanes being evaluated on Imam Khomeini Street, for further application at select sites in the municipality of Tabriz. 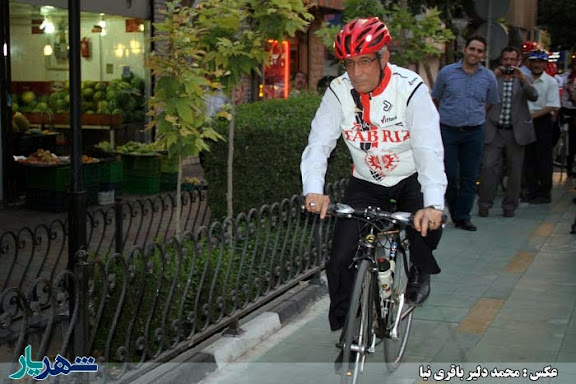 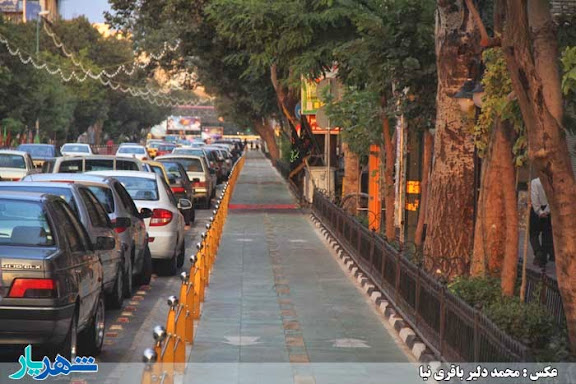 yes. it's only in wonderful and vital reports such as this one, and the ones about Iranians pouring concrete for more of the glorious new shopping malls, that there are no attempts to rationalize regime iniquity.

far better than the usual run of Mark's mill.

Bit of local news, provided, it's Iran-related, isn't all that irrelevant. Gives this blog more character and makes it all the more unique.

I hope that this paths will be not used as express ways for the motorbike drivers, as usual in Tehran.

I agree. I wish my local authorities had the good sense to separate bicycles and motor vehicles. Always good to see the other side of Iran. Keep up the good work.

Thanks Mark for shearing this. ;-)