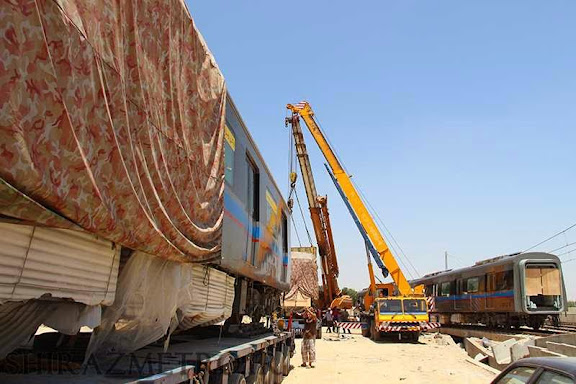 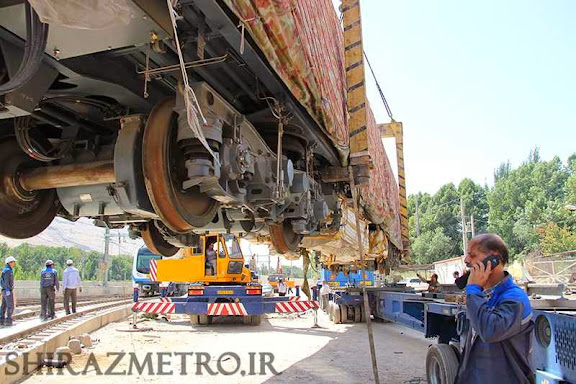 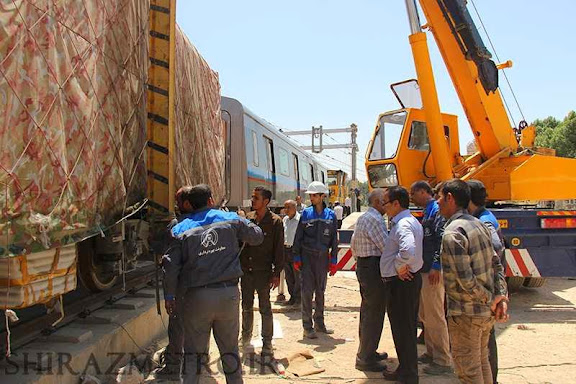 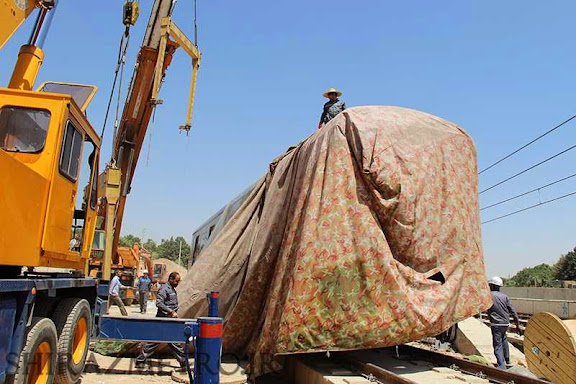 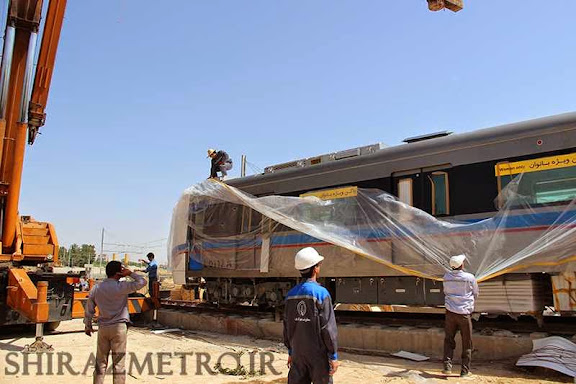 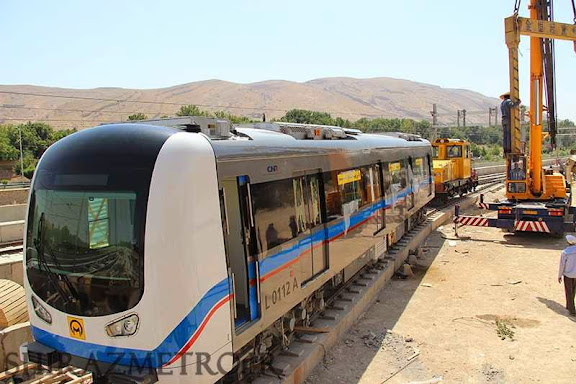 Why can't Iran make these? wait for years for others to deliver which cause delays, traffic and pollution problems? Is it really that hard?

right now, the Iranian government prefers to use their cranes to stage public stranglings of homosexuals.

hopefully sometime soon, Iran's people will have a less backward, ignorant government and one more focused on the welfare of the nation rather than spreading ideology.

Iran makes rail cars and engines too.it won't be logical to make everything in-house. it's all a part of trade agreements. I live in Oregon the passenger trains ate made in Canada.can they be made in the states ,yes they can.

You're right. Folks have no idea what opportunity cost and comparative advantage mean.

but folks do know that shoddy durable goods are all iran produces and aren't gonna allow not really applicable economic terms to disguise that.

Iran's main product is crude oil and that simply comes out of a hole in the ground. pistachios, carpets and dishonest rhetoric are the other exports.

To if Iran can pour concrete.I don't know what part of the World you live in,what do you want has accomplished in 35 years of sanctions and imposed war no other country on earth would have survived just have few years comajust read the world fact books about self sufficiency and technology and see where Iran ranks.,or education or inventios,when prior to the Revolution Iran did not have the brains to build a nail.Iran was on the go. Throwing parties and building palaces while its people starved

Thanks for your irrelevant remarks..Hmm.. NOT!

Anon 1:43 AM........If you care to look up,you will find that Khameini and his cohorts has built a number of palaces that will put to shame the previous palaces built in Iran.Also go and see the number of mansions they have bought in Orange county USA and Cananda. If only you knew the truth about the lies they have been feeding people like yourself you would turn 180 degrees . There are more people "starved" in Iran than there has ever been.And tell me,why a country like Iran has a GDP less than half of Turkey's with the same population? Where are all these fantastic "inventions" and super "technology" that you dreamingly claim? I feel sorry that people like you still believe in the propaganda and lies that are fed to you.

Thanks Anon 6:48 PM. So Iran under the benivolent mullahs is ranked with other similar third rate countries? So much for our super technological development.

To the person that said Iran ranked 113 take a close look
World fact book Iran ranks fist .I mean first fastest growing nano technology also look it up and be proud .you were never respected as Iranians or Persians but we're good at taking orders .

According to Scopus, Iran ranked 17th in terms of science production in the world in 2012 with the production of 34,155 articles above Switzerland and Turkey and has the Highest science & technology growth rate in the world, 1000% increase in 9 years.All in all iran is doing pretty well for itself,even more so when one looks at the part of the world iran is in and the external threats and pressures it finds itself under
http://en.wikipedia.org/wiki/International_rankings_of_Iran#Science_and_technology
AnonymousJuly 23, 2014 at 8:26 PM
And just where did iran rank under your beloved pahlavi?,I imagine regardless you would`ve been trumpeting it as a great achievement

Anon 9:14 AM.....Now tell me this,what's the point Iran produces "34,155" "science & technology" articles above Turkey and Switzerland when the GDP of Turkey is over double Iran's with the same population? The GDP of Turkey will be triple Iran's by 2017. If Iran is such a wonderful place under the benivolent mullahs then why seven million Iranians left the country? Why is Iran's currency even lower than Afghanistan's? Now Iranian worker (if paid or lucky to have job) is slave when compared to Chinese worker. Turkish workmen used to beg to work in Iran.Now Iranian beg to work in Turkey. Regardless,looks like you are trying too hard "trumpeting" debunked propaganda. Good luck !

Iran ranking right where I said that it did.

Iran is making great progress in science education but it seems far more impressive than really it is due to the very central fact that Iran is progressing from a point VERY far behind the industrialized nations of the world.

Iran's progress is from a backward nation into a third-rate one.... and Iran has a good chance to improve to second-rate status if the regime doesn't keep the population isolated.