Meeting of Iraq & Iran ministers of defense in Baghdad 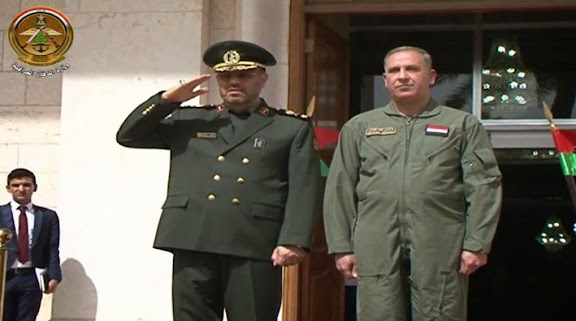 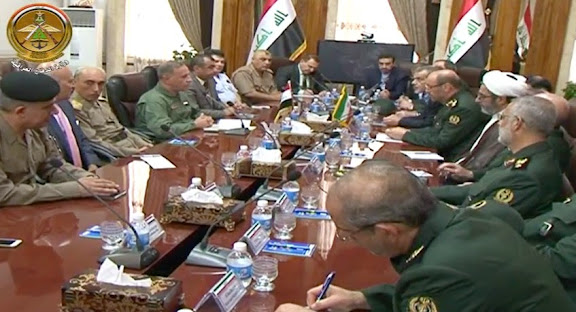 The exchange between Iranian and Iraqi ministries of defense was said to be pre-scheduled but it didn't show on the faces at the Iraqi side of the table; they appear grim and in the midst of a national emergency, following the loss of a second provincial capital, Ramadi. 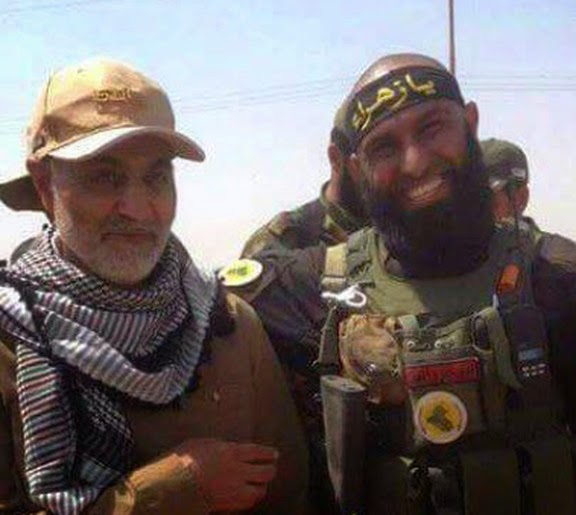 COMMENTARY: For most of the Battle of Tikrit the pendulum of military influence in Iraq swung towards Iran. Then at the very end of that battle, it swung toward the United States. Now, with the fall of Ramadi, it appears to be swinging back in the direction of Iran.

Also on 18MAY15, Iraqi Air Force C-130J Hercules transport aircraft were in Tehran while an Islamic Republic of Iran Air Force Boeing 747 was in Baghdad, ferrying Iranian military supplies to Iraq for war against ISIL. [source: Babak Taghvaee] 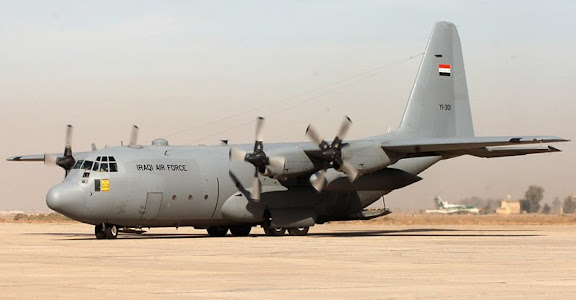 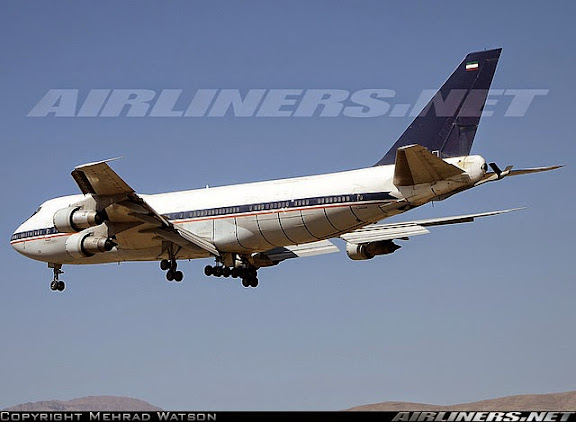 It is not the "pendulum of military influence" in Iraq swinging between Iran and U.S. It is the realties on the ground that determines the composition of the offensive forces. Toward the end of the Battle of Tikrit, the Iran-led coalition offensive was stalled for more than three weeks. It took persistent U.S. airstrikes to soften the defensive positions of ISIL in Tikrit for the offensive to move forward to liberate Tikrit.

In Anbar, it will be continuation of that model. Iran-led Shia militias have already been fighting along with ISF near Fallujah for weeks. To liberate Anbar, U.S. airstrikes are a necessity, followed by ground operations of Iraqi (and Kurdish) security forces and Shia militias aided by Quds Force advisers. This model will succeed, and there would not be any horse race in popularity between Iran and the U.S. It is the very existence of Iraq as a unified state which is at stake here.

If one would explain why Iraqi forces lose ground so easily? Why a city so important falls so fast. Why did Khorramshahr fight for 30 days but Ramadi couldn't resist for a week? Are the opposing forces more powerful or does the city have no defence of its own?

Maybe the old artificial boundaries drawn by the British Empire are the problem. A country made arbitrarily by the Brits must eventually be remade based on realities on the ground. ISIL is a vicious and despicable force but it is a force which intends to re-shape Iraq - and Syria - representing local dynamics and population make-up. And when ISIL continues to win battles it's probably because it has local support.

US intentionally not taking serious action against ISIS because ISIS are the tool to settle score with Iran, Syria & Hezbollah in one 3D shot. It is total Iranian intelligence failure to not gauged the deep rooted conspiracy despite insider of Iraqi politics. ISIS was accumulated layer by layer in Falluja and adjacent areas since long back and Iraqi media acknowledged multiple times Iraqi politicians were busy to make allegations of Sunni marginalization by getting bribe from Persian gulf states and Western lobby despite the fact Shia PM in Iraq and thousands of shias killed by Sunnis under goose of ISIS, Al Qaida & what so ever. In fact real marginalization taken place against Shias and it is continuing. If handful of Sunnis killed Iraqi Shias arranged unity prayer (Sunni-Shias). But thousands of Shias are killed and continue but no Sunni body condemned ever, what a non sense. A country having 65% shia population, with Shia PM and interior minister unable to save from sunnis.Most of the ordinary sunnis in Iraq are traitors and corroborators to ISIS and against Shia government due to their religious belief and fake 3D propaganda against shias for unfounded massacres of sunnis. Its now the right time to clear the ISIS with Iron hand with the help of Iran as Saudi Arabia doing bombing in Yemen without care of any type of causalities. Wake up Iraq majority. Rizvi/India

Iraqis just might not be willing to die for an Iraqi government that they see as controlled by Iranians.

the Iraqis aren't stupid enough not to know that Iranians are not their buddies.

" US intentionally not taking serious action against ISIS because ISIS are the tool to settle score with Iran, Syria & Hezbollah in one 3D shot."

the stupidity of this claim fails to mention that the action that the uS IS taking is more effective than the efforts of the Iranians..... and isn't selfishly motivated by an aim to erect Shi'a supremacy at the expense of the Arab majority.

It's my opinion the command dispute between Iran and the United States that erupted at the concluding phase of Battle of Trikrit contributed significantly towards ISIL regaining the initiative in Iraq, ultimately leading to the fall of Ramadi.

Another factor-- one I've been critical of for many, many months-- has been the American-led strategy of a long rebuilding phase for the Iraqi Army, and more recently the American preference for Nineveh to be the next objective following the Battle of Tikrit.

Yes, the United States should be working directly with Iran, in the war against ISIL in Iraq. But that hasn't been American policy. If you're intimating that could now be changing, then in my opinion that's a step in the right direction.

AnonymousMay 19, 2015 at 1:42 PM
Yeah,right!,and I suppose you think that isis are the iraqis buddies?.It seems to me that the iraqis are pretty stupid if they would prefer living under an isis caliphate versus receiving help from iran.The real issue here is not that the iraqis dont want iranian help because its obvious that they do and badly,its the fact that the sunnis have still not accepted the fact that they no longer have the power to dictate what happens in iraq but if they think that the lot of the sunnis would be any better in a medieval isis caliphate then they are even more stupid than I gave them credit for and that is actually saying something

Iran wouldn't want to be working as a junior partner with the Americans.