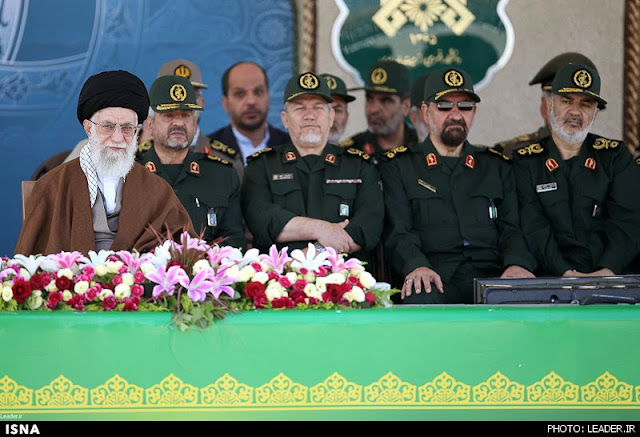 Former IRGC commander Mohsen Rezaie has retuned to active duty. He was seen today in uniform at the commencement ceremony at Imam Hossein Military Academy in Tehran. Rezaie was IRGC commander during the Iran-Iraq War in 1980s. He will be teaching at military academies. His other duties at IRGC has not been announced.

For the past 18 years, Rezaie has been the Executive Secretary of Iran’s Expediency Council, headed by Ayatollah Hashemi Rafsanjani. He has also published a popular news website now known as Tabnak. Rezaie unsuccessfully ran for president in the 2009 and 2013 elections.

Beat me to it!

Here's another good read on the subject:

that's quite a lot of retuning that he's undergone..... and he still is all sour notes and discordant noise.

His son who was murdered by IRI hit squad in Dubai said,"Iranians are questioning Islam". And summed up the Islamic regime as a "terrorist entity". Look up one of his interviews on internet.