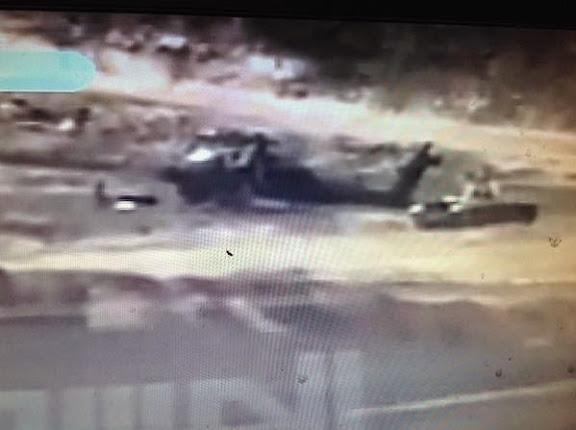 Ansarullah or their allies have also been shelling the Saudi Arabian city of Najran, with mortar and/or rocket fire since 06MAY15. Additionally, these forces have hit four Saudi Arabian border guard posts at Jizan and Najran, capturing five Saudi soldiers, killing a soldier and two civilians.

These actions reflect initiation of Houthi commander Ali al-Sham's public declaration of 24MAR15, to bring the war to Saudi Arabia should it intervene in the Yemen Civil War. (RSAF commenced airstrikes on Yemen the following day.) 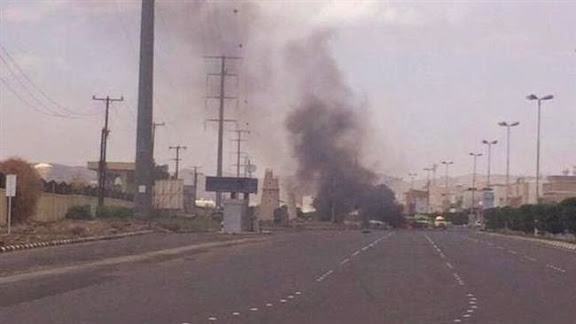 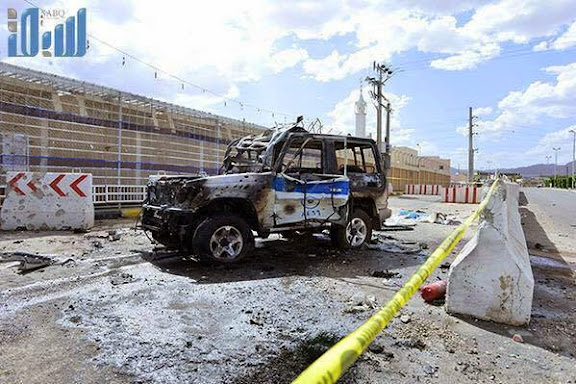 Saudi Arabian security vehicle destroyed by shelling from Ansarullah or allied forces, 06MAY15 at Najran

COMMENTARY: These strikes by Ansarullah or allied forces reflect both an asymmetric response to the Saudi-led intervention in Yemen, as well as a probing for weak points with which to bring the war to within Saudi Arabian territory.
Posted by Mark Pyruz at 2:49 AM