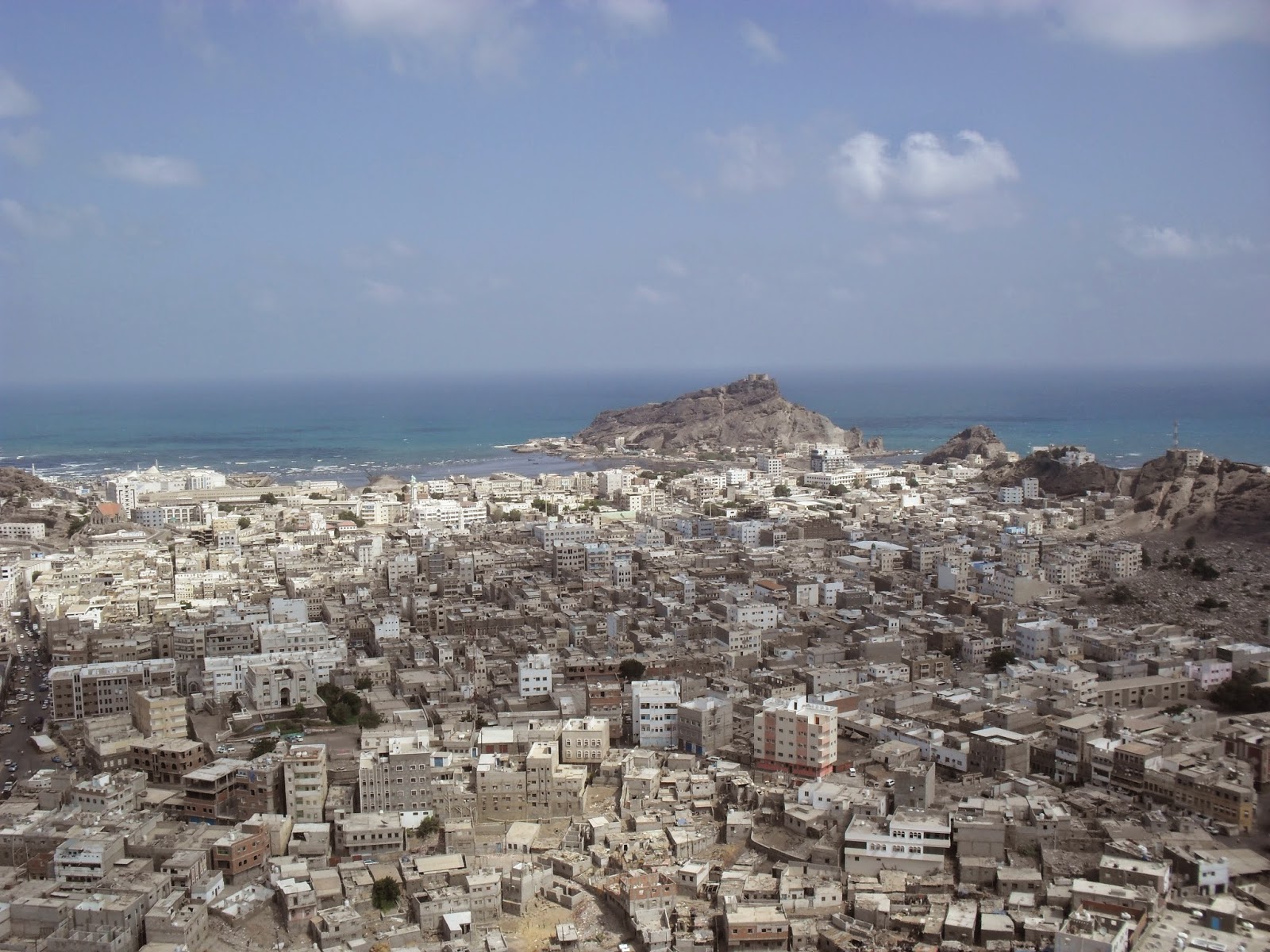 UPDATE: Yemen’s exiled foreign minister Reyad Yassin Abdulla told reporters on Monday that special forces troops deployed to Aden were Yemenis organized by the Arab coalition to fight the Huthis. Abdullah added that more of the Yemeni fighters will be deployed to Aden.

News agencies are reporting that Saudi-led Arab coalition ground troops have been deployed to Aden. The Anadolu Agency said Arab soldiers, probably special forces, reached the coast of Al-Buraiqeh by inflatable boats. AP said the black-clad and masked troops landed Sunday in a central area between the city’s al-Mansoura neighborhood and the airport. The witnesses said helicopter gunships hovered above the landing area.

Reuters quoting a spokesman for the Southern Popular Resistance, the anti-Huthi militia force in Aden, reported that 40-50 Arab special forces are deployed and are now engaged in fighting in the area around Aden airport.

“The first push of Arab ground force arrived on Sunday morning in Aden and began to take part in battle,” the newspaper said.

AFP reported that a limited number of Saudi-led ground troops deployed in Aden on Sunday, with another force on its way.

This is the first deployment of ground troops in Yemen since the coalition launched its campaign against the Huthi insurgents in late March.

UPDATE: Turkey’s state-run Anadolu press agency reported today that the Arab coalition special forces deployed to Aden today had sailed off from the Red Sea Port of Djibouti. Anadolu quoted an unnamed western diplomat as saying that the coalition’s ground troops will attempt to create a “safe zone” in Aden to be utilized as a base for Arab troops. The Western diplomat told Anadolu that the plans call for deployment of “several thousands” of Arab troop. (Anadolu, 3 May)

UPDATE: Saudi Arabia denied that a "major ground operation" is under way by the Arab coalition, but coalition spokesman declined to comment on the deployment of special forces for Aden. (Reuters)

You think this is only the beginning of a major ground offensive by Arab-coalition forces against Yemen?

Would any potential success encourage more "limited" deployments by the coalition?

The Saudis probably do not want to start a major ground offensive, too much risks involved, and understandably so. I don't expect them sending troops across the border, at least not for now. However, Reuters reports that the Arab coalition special forces that were deployed to Aden were engaged in fighting near the airport. If that's the case, and if they can capture the airport, then that would be a great base for additional troops to be airlifted to Aden. Capturing the airport would be a significant victory as it could be used as abase to take Aden.

BTW, Reuters and other news accounts are talking about Arab coalition special forces. Have you seen any reports in regional/local press on the nationality of those special operators, Saudis?

Being in deniability mode is a usual habit of any regional force projecting its power abroad on an increasing scale and unable to achieve its stated goals in a rapid and decisive manner. Same way Iran denied having deployed any Quds force elements on Syrian or Iraqi soil until the first coffins returning from the front became impossible to hide, it will take some time before and if enough lethal damage is done to the contingent and force acknowledgment on the part of the Saudis. Even the American thought Vietnam would be a months-long adventure at most with a limited force deployed at first. It really is a classic of a powerful military taking on an armed entity partly embedded in the population, with or without reason.

The reports about "heavy clashes" seem to hint at difficult times ahead with little to no appetite for any kind of pause let alone cease-fire by the Houthis or their detractors. Even though I would certainly never have any love for such reactionary and expansionist, religious paramilitary group, I regret the fact that their opponents are just as much undesirable in a region already rife for way too much religious obscurantism and law prevailing over independent institutions.

Basically Yemenis will have to endure long and costly battles on their soil and very homes, taking place indirectly between regional powers with no interest in their condition whatsoever, just like in other parts of the ME currently at war. The body-count is going higher and higher as usual comprised by a vast majority of civilians, banned US-supplied weapons are dropped like candy since yesterday, non-military infrastructure is targeted more and more, and nothing seems in the way or ever-increasing destruction with no fast settlement in sight for any of the parties involved...

Iran doesn't dare do anything

" In Cairo, meanwhile, Egypt, a key coalition member that has been named as a likely participant in any ground offensive in Yemen, acknowledged for the first time that it has deployed troops in the Gulf region and the Red Sea as part of the Saudi-led coalition."

Uskowi, reports from the Associated Press are saying that some of them are Yemenis serving in the armed forces of PGCC states. Aljazeera picked up the report.

Yeah, someone just sent a limited number of troops to a country that doesn't even have a security pact with Iran. Something must be done by the Iranians and now!!

I think the Arab coalition has borrowed a page from the Quds Force manual: organize and deploy locals to do the fighting under your command.

@Piruz Mollazadeh. What business is it of the regime to poke its nose into other peoples countries? Don't you think that we have enough problems in our own country without gallivanting around the arab world trying to be a "muslim power" or some shia caliphate?

But there is always a way to try and bash/berate/belittle Iran as a whole and dismiss it as a worthless paper tiger no matter what, those Anons clearly don't need solid evidence or factual analysis to point out their personal truth they want to see every time, in every article, every engagement, every news.

Besides, they have actually played with fire more than once recently, like when Iranian pilots of a cargo plane risked an instant take-down by Saudi F-15s when they dismissed their calls for reversing course as illegal and ignored them altogether, forcing the latter to bomb the airport rather than enforce their threats against the plane itself, which would have been technically nothing less than an act of war against Iran.

Why direct confrontation with such alleged paper tiger they could supposedly take down single-handedly thanks to their better planes alone in a matter of hours is a mystery that remains to be addressed by those same Anons claiming that the IRI trembles in fear when contemplating conflict with each single GCC state.... but yeah, let's just claim that "Iran simply doesn't dare do anything" and call if a day.

Perhaps. But I doubt that with their lack of experience in the field they will achieve the same astonishing results.

Now they will gain experience, and quickly.

Not so fast though, right? I mean it took Iran decades to master this capability, and it wasn't all about military tactics. Shias are basically more coherent and more organized as a group thanks to a number of factors, one of which is their theological doctrine of "marji3". The lack of a united religious "marji3" has significantly reduced the Sunni Syrian opposition's ability to present itself as a homogeneous opposition to the international community or reduce tensions between its own factions.

I mean, do you think the anti-Houthi forces in Yemen are even nearly as organized as the Houthis? Even if they want to, I believe some people just started better than others!

Then again, I can't be too sure.

It is indeed only a matter of time before we see whether they gain it the way the South Vietnamese Army did, trained and equipped by the US military, and that got repeatedly defeated by the NVA in their most notable operations despite having several times the amount of equipment and US air support until 1973, or instead come up with never-seen-before sharpness and efficiency as a young force that lets them outmatch experienced guerrillas on their first major confrontations with them in a matter of weeks or months.

From the looks of it the KSA is faced with the highly likely prospect of embroilment into an unwinnable quagmire on the mid/long term, and will only alienate more and more average Yemenis that did not have any sympathy for Houthis in the first place. Time will tell if i'm wrong, but the inefficiency of their air campaign and the amount of destruction if brought for ordinary people so far doesn't hint a brilliant times for their wider involvement or popularity in the eyes of the locals.

Piruz, the discussion was on the role of the proxies. I agree with you that the new Arab-coalition foreign legion, made up of Yemeni fighters, cannot be compared with the Iranian version which has been at work for many years. But my observation was that the Arab coalition has borrowed a page from the Quds Force, and is experimenting with the concept. Also we should not discount how fast fighters learn in war situation, so different from military exercises.

the concept of Marja is a two-way sword, as there are different marjas with widely different opinions. Sistani's views and fatwas are not the same as Khomeini's or the living marjas in Iran, for example. Because of its very nature the marja is not a single source itself, and I doubt it if it could be the source of unity among all Shias. Probably so for different groups of Shias following different marjas.

Anon 5:05, after globalization, no one is safe unless they protect their security interests outside their national borders. We do have enough problems as it is, but the regime's regional influence has given Iran the upper hand in nuclear talks that would never have matured to their current level had Iran been an isolated country in the Middle East with no interest in the non-Iranian world.