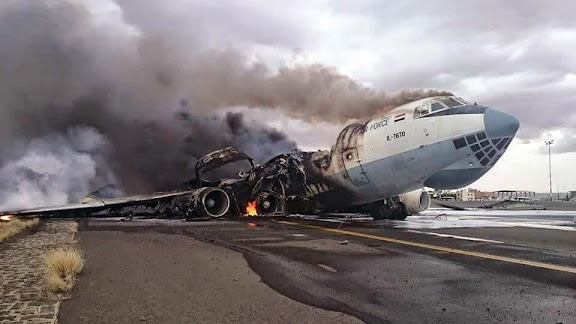 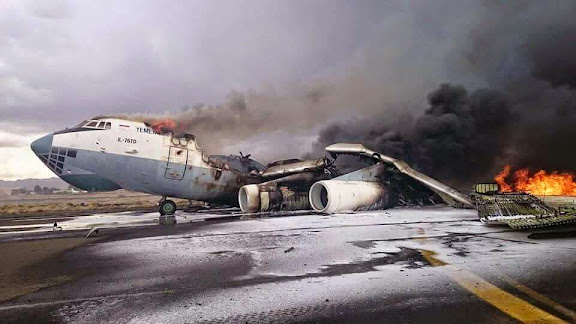 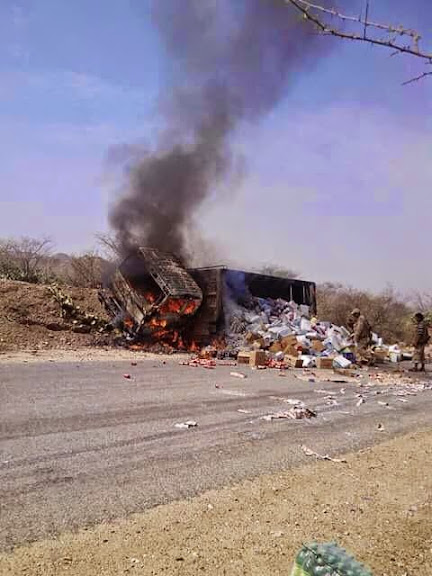 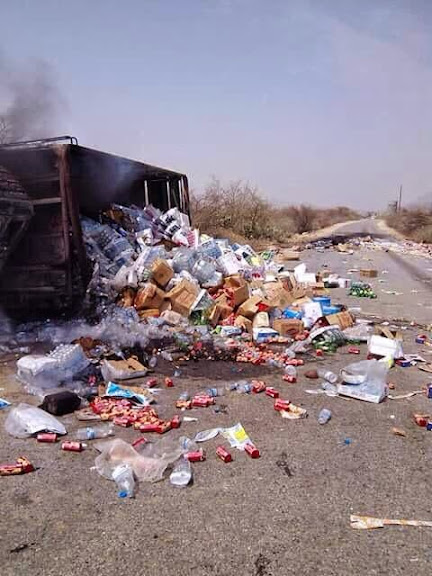 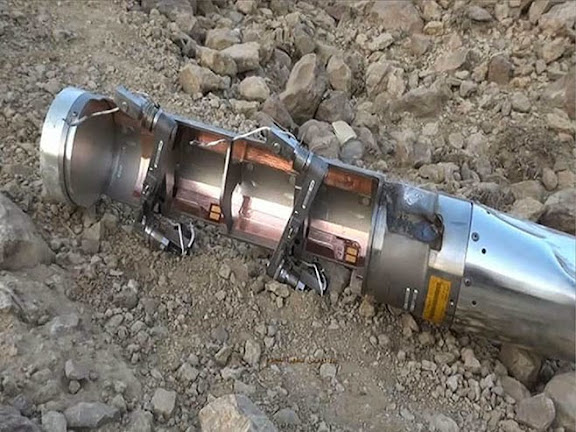 Photo evidence of expended BLU-108 canister from a CBU-105 Sensor Fuzed Weapon found in the al-Amar area of al-Safraa, Saada governorate on 17APR15; attributed delivery by RSAF tactical aviation.
Posted by Mark Pyruz at 1:40 AM