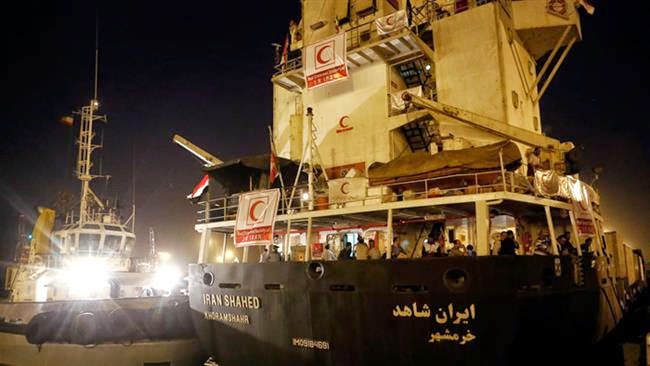 Iran’s Deputy Foreign Minister Hossein Amir-Abdollahian said today that the delivery of aid to Yemen and docking of the Iranian cargo ship, Iran Shahed, at a Yemeni port have now been coordinated with the UN, Iranian official news agency IRNA reported. Iran had previously said its navy needed to escort the aid vessel. Coordination with the UN would eliminate such need and Iran would avoid challenging Saudi-led blockade of Yemeni ports and the risk of a naval confrontation.

UPDATE: The Pentagon said on Thursday that Iran is not providing naval escort to Iran Shahed at this time.

Not unusual for aid ships to be provided with naval escort into a war zone.

The problem with Iran is its refrain from accepting a U.S.-led security framework for the region. What's more, the Iranians are capitalizing on the Yemen conflict by projecting its soft power posture (such as attempts at delivering aid via commercial cargo jets and ships) where the Saudi-led coalition relies on hard power and pledges of aid.

what an utter crock about Iran and "soft power" in Yemen.

the Iranian dictatorship has sent a heck of a lot of hardware into Yemen.

an Iranian ship unloaded more than 180 tons of military hardware in Yemen in March......