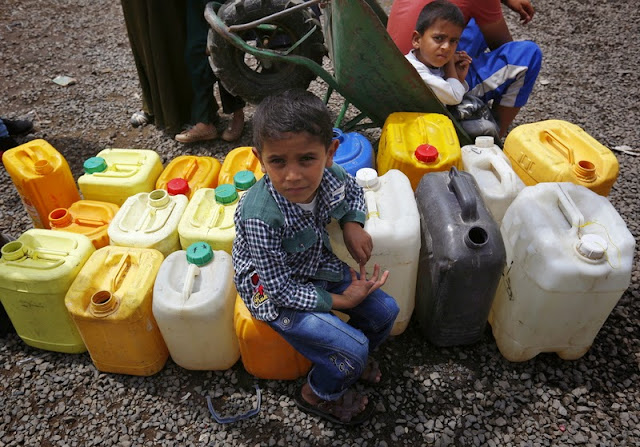 Anasarullah, the Huthi insurgents, and allied army forces loyal to former president Saleh said today they have accepted a temporary humanitarian truce proposed by Saudi Arabia. Mohammed Ali al-Houthi, a senior leader in the movement, said they agreed to the five-day truce due to “catastrophic” humanitarian situation in the country. (DPA, 10 May)

Saudi Arania said on Friday that the ceasefire would start in Yemen on Tuesday at 11 pm (2000 GMT) if the Houthis, who control most of the country, accepted it.

This sure reminds me of SECDEF McNamara's air war against NVA and NLF: Operation Rolling Thunder.

Looking to see Yemeni revolutionary forces movements during ceasefire, which is what took place during historical example cited above.