Russia: Not ‘Right Time’ to Deliver Missiles to Iran 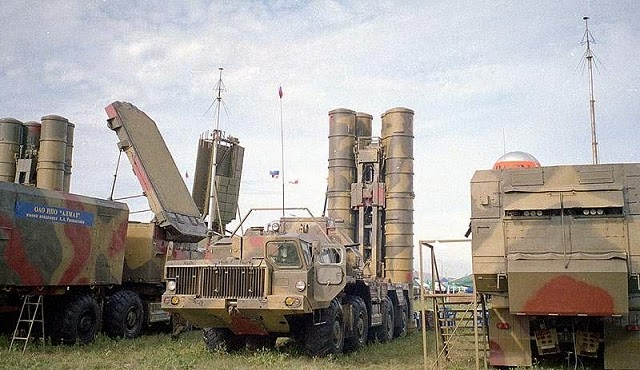 Russia said today it would not deliver high-end air defense missiles to Iran in the near future. Russia had signed a contract with Iran for the sale of S-300 missile system in 2007. Last month, President Putin lifted an embargo on delivering such weapons. Now the delivery is postponed indefinitely.

“The right time to make such deliveries has not yet come,” Yevgeny Lukyanov, deputy head of Russia’s security council, said on Tuesday in Moscow. (Financial Times, 26 May)

Russia appears to be balancing its growing relationship with Iran against its ties with Israel and Arab countries.

Iranian Defense Minister Gen. Hossein Dehghan said on a visit to Moscow last month that he expected the S-300 contract to be reviewed within a month and deliveries to happen before the end of this year.

“That means a delay to be measured not in months but possibly in years,” a person close to the defense ministry toll the Times.

Or as the old Soviet officials would say, it not 'convenient!'

As ever, unreliable Russians! They're not even half the superpower America is.

Unless, of course, there are more surprises to come. Why else would Abdullahian say he was "satisfied" with the negotiations on the delivery date? They must have worked something out meanwhile Russia is telling the world what it needs to hear.

Many Iranian politicians since 2007 have been "satisfied" with the negotiations on the deliveries of S-300. But Russia has never find a timeframe that would be convenient.

the same silly people who were talking about the Russians delivering upgraded systems to Iran right away are the only people surprised by this.

Iran has no strong nation that is its ally and Iran's government is neither popular nor respected.

But Iran harshly criticized Russia after the ban and went to court.

but thats why the bavar-373 project is moving along...because even Khaemeni knows russia cant be trusted and will dissapoint Iran at any moment to appease the west...in the right situations. Iran will insure itself against this dissapointment.

The translation isnt accurate,a more accurate version is "The decision on delivery to Iran of S-300 was adopted, but the realization of this project requires a certain amount of time. As far as I understand, the time of delivery has not yet come"
The russians have lifted the ban on providing the system and a new contract has been agreed failure at this point to deliver would look very bad for the russians