Iran Says It Can No Longer Afford Ahmadinejad’s Cash Handouts 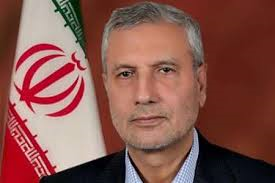 Iran’s Minister of Labor and Social Welfare Ali Rabi’i is saying Iran can no longer sustain the billions of dollars neded to pay cash handouts enacted by former president Mahmoud Ahmadinejad, signaling plans to halt them.
The handouts began as a partial replacement after government subsidies on staples such as electricity, gas, water and bread were reduced or cut altogether. In an open letter published today, Rabi’I wrote that change was needed as the bill for monthly payments of 445,000 rials (around $14) to individuals was too high. 78 million Iranians, out of a population of 80 million, receive the cash each month, or nearly one billion dollars a month.
“We should face the reality; reforming the current allowance payment is a major step toward increased social justice,” Rabi’I wrote in his open letter.” (IRNA/The Guardian, 19 May)
As the government pushes the subsidy reform program, it continues cash payouts, which have become a lifeline for the poor and unemployed.
“Since 2010, 500,000 people have lost their jobs in development projects,” Rabi’I assed. “This is the result of (government) raiding development funds in order to pay cash allowances.”

the Iranian government needs that money to use to keep Assad propped up and to arm the hezzies in Lebanon and, of course, for all the "humanitarian" aid to the Houthis.

It's just a matter of time.

Even the worst of regimes have people in them that can have honest opinions. But these people are sidelined to the detriment of the ruling regime.

Ahmadi nejad did it in Wrong way
giving aid to every body, the rich people too.maks no sense
Social Weelfare only to the poors

the Iranian regime couldn't admit to how very many people in Iran needed the aid........and so it was expedient to do it the way that they did.