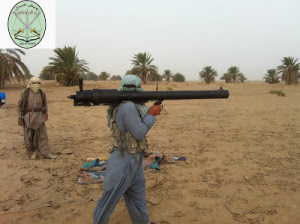 Iranian President Hassan Rouhani today ordered the government and the Supreme National Security Council to undertake full investigation into a raid by an armed rebel group on an Iranian border guard checkpoint at Rutak, near the town of Saravan, which left 17 guards killed, 5 wounded and 4 taken hostage.

The Iranian parliament, Majlis, also held a closed-door emergency meeting today on the attack and later announced that Majlis’ National Intelligence and Security Committee members will travel to the area to investigate the incident and report back to Majlis.

Iran's Ministry of Foreign Affairs also summoned the Charge d'affaires of Pakistan to protest the existence of group's sanctuary across the border inside Pakistani Baluchistan.

Iran’s semi-official Fars News Agency had reported earlier that armed rebels (‘yaghis’, also referred to as bandits) had killed 17 Iranian border guards on Friday during a night raid on a police station in Rutak near the town of Saravan, with 5 guards wounded and 4 taken hostage. Fars also reported that the Iranian Baluch insurgent group Jaish ul-Adl (“Army of Justice”), which was reportedly formed last year, has taken responsibility for the attack.

Today, EA WorldView’s Managing Editor Joanna Paraszczuk wrote that on 12 October the group had posted news to their blog stating they had carried out a successful attack against an Iranian checkpoint in Rutak, killing more than a dozen border guards. The group wrote that the operation lasted for over an hour and that the Iranian security forces, including military helicopters, intervened and surrounded the area. Jaish ul-Adl (JA) threatened further attacks if the security forces did not leave the area.

It is unclear whether today’s report by the Iranian authorities of an attack by JA on Rutak was the new operation that the group had threatened to undertake, or the authorities now wanted to disclose the 12 October event but saying it happened last night. In March, Jaish ul-Adl claimed responsibility for another attack on IRGC personnel in Saravan. (EA WorldView, 26 October)

Jaish ul-Adl rebels and activists supporting their cause have used social media to publicize their involvement in the attack in the mountains above Saravan in Sistan Baluchestan Province. The group has also posted a video of the attack to its Facebook account.

The biggest Baluch rebel group, the Jundallah, was the first to wage armed rebellion against the central government in Tehran. Hundreds of lives from both sides, the Baluch rebels and the security forces, have been lost in the past decade.

Earlier today, the official Iranian news agency IRNA had reported that Iran hanged 16 jailed "terrorists" to avenge the attack on its police station.

“These individuals were executed this Saturday morning in response to the terrorist action of last evening at Saravan and the martyrdom of the border guards,” said Mohammad Marzieh, spokesman for Judiciary in Baluchistan."

now that the regime has executed a bunch of people in retaliation they can start the investigation of what the hell happened....

Good work, they have to secure the borders and bring stability. Many of these come in from Pakistan and Afghanistan because the borders are open.

Hope from the Iranian side this doesn't impact next week's nuclear talks.