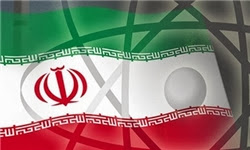 Iran and IAEA were relatively “optimistic” after their meeting in Vienna last Friday, Reuters quoting Western diplomats reported today. Another envoy said the discussions had been focused and the atmosphere positive. The next IAEA talks will be held on October 28, two weeks after Iran meets six major powers in Geneva.

The Iran-IAEA meeting was a “good harbinger of better relations”, said Mark Fitzpatrick of the International Institute for Strategic Studies. “There is a new mood of optimism in Vienna that finally there is a way forward.” (Reuters, 2 October)

However, some observers cautioned that there was no real progress in substance during the Vienna meeting; atmosphere was positive, but “little real headway,” a diplomat observed

Iran told the International Atomic Energy Agency (IAEA) in Friday’s meeting it wanted to achieve substantive results within months in the talks on a stalled IAEA inquiry into possible nuclear weaponization research at Parchin. Iran has dismissed allegations that it may have worked on designing a nuclear bomb at the site. Eleven meetings since January last year have failed to end the deadlock over how the IAEA should conduct the investigation.
Posted by Nader Uskowi at 8:38 AM

The regime wont get away with it this time. They can't buy time like they did under that sayed khandon khatami and that stupid little monkey Ahmaghinejad. The clock is ticking very fast for this terrorist regime of criminals.

Anon 4:25 PM, not a little brother. They are more like a hired shill of nutty nutanyahoo, known as a hasbarat.

I think its more childish to talk about Khatami. nobody thinks about khatami's time that is more than 8 years ago!!!! Come on wake up. Did khatami talked to obama? THEY WANT A SOLOUTION NOW. THEY EVEN NOT WANT TO WAIT 3-6 MONTHS HOW IRAN SAID. THEY WANT IT QUICKLIER. AND APRUBTLY THERE IS A POSITIV ATMOSPHERE IN TALKS. THEY ARE OUT OF CONTROLL OF THE BARBARIC BASTARDS THEY HAVE PRODUCED IN MIDDLE EAST ( NUSRA/KAIDA...etc ). AND NOW THEY DONT WANT TO CLEAN THEM UP. THEY WANT IRAN TO DO THE JOB. YOU DONT KNOW ANYTHING ABOUT REAL POLITICS. YOU ARE JUST A GAMBLER IN THE BIG GAME THEY PRODUCED FOR U. IN REALITIY IRAN AND US PLAYING IN THE SAME LEAGUE. LIKE NFL. THEY ARE RIVALS. BUT AT THE END OF THE DAY, THE PLAY IN THE SAME LEAGUE. AND THEY WILL DO ANYTHING TO KEEP THE LEAGUE ALIVE. I hope now u can understand it. See yourself. You are soooo much brainwashed that even when Iran and America became best friends in the next few years u will feel cheated by the amercians. Because you learnd everyday bad bad mullahs. how they can do business together now
Nowdays we do not talk about yesterday. We talk about today maybe. But more interest is to talk about tomorrow. Think twice before writing and wake up - or not - you decide.
The Kid/Child

Anon 9:12 AM
Not only do you think childish but also write large amounts of gibberish. The reason the mullah imposed regime is willing to talk to the US is because they know they will be screwed if they don't.It is not out of reason but fear of collapse.

Grow up! All the above are the same person :o)