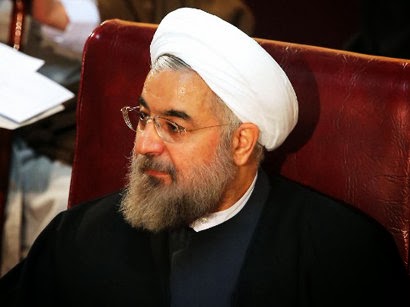 “With the help of MPs, the government will be able to create a reasonable budget plan for the next calendar year (which starts March 21, 2014), to settle the debts,” Rouhani said (Mehr News Agency, 22 October)

Rouhani made the remarks during a gathering of Isfahan’s Majlis members.

That is the only response to Islamic Republic

Creating debt is in this case a rather a form of daylight robbery - politically and economically - 'debt' is a qualification for borrowed money in the case the money is invested in some production - not here; but hey, at least we know beyond any doubt that this kind of robbery is rather well protected within islamo-nazi republic.