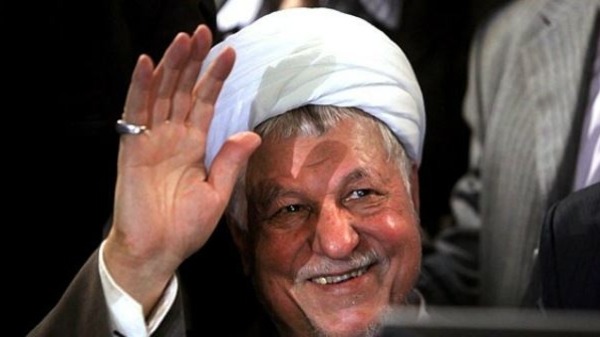 “The (Syrian) people have been the target of chemical attacks by their own government and now they must also wait for an attack by foreigners,” Rafsanjani said. “The people of Syria have seen much damage in these two years.” (ILNA, 1 September)

later during the day, ILNA changed the quotation by dropping the reference to the Syrian government:

“The (Syrian) people have been the target of chemical attacks and now they must also wait for an attack by foreigners,” Rafsanjani said. “The people of Syria have seen much damage in these two years.” (ILNA, 1 September)

As customary in Iranian official press, ILNA did not offer any explanations for changing the quotation of such a senior official on such an important topic.

Blogger’s Note: Rafsanjani was the de-facto commander-in-chief of Iranian armed forces during the 1980s war with Iraq, when Saddam Hussein used chemical weapons against the Iranians in 1988. Saddam and his Ba’athist propaganda machine, including then foreign minister Tariq Aziz, blamed the Iranians for the chemical attack.

Ironically, another Ba’athist Arab leader, Bashar al-Assad, is now blaming the opposition for the chemical attack in Syria. Rafsanjani is too experienced to fall for such claims; his own countrymen were the subject of the war crime and the horror of the chemical attack by a manipulating Ba’athist leader three decades earlier.

Yeah and it's the same ba'athist syrian government that was the sole Arab country standing by you when all other Arab countries were doing everything in their power to smash your country to bits. Good luck standing with America, you'll be on this blog typing while your fellow country men are getting blown to bits from the PG with DU cruise missiles

This piece of shit and his criminal son are worried about all the money they are losing due to the sanctions.

From the horses mouth.

There is a claim being made that a SyA local commander gave the order and his artillery troops mixed an improper dose of CW agents that resulted in such high dosages, and that this commander has since been upbraided by superiors.

It would be interesting to know whether Rasfanjani is referring to this claim.

And it would also be helpful for a confirmation on this single report offered of ILNA's rendering of Rasfanjani's remarks.

Rafsanjani must also be wondering that on the issue of chemical weapons how come the US has suddenly become the moral authority of the world, while the same country provided the means and information to the lunatic Saddam to use chemical weapon against Iranian troops. As we have learned in the last few days this not a rumor any longer; it is established fact [ read on at http://www.foreignpolicy.com/articles/2013/08/25/secret_cia_files_prove_america_helped_saddam_as_he_gassed_iran?print=yes&hidecomments=yes&page=full ] === G.A.

Because is the anniversary of the WWII it will be worthy to be acquinted with the morality of the US at that time, where before the war Bush's family member or relative financed Hitler's "economical ideas" and on the September 5, 1939 the US government proclaimed neutrality of the US towards Hitler's aggression against Poland

On December 8, 1939, when hundreads thousands people were killed by Germans the US administration sent note protesting the British policy to seize goods delivered to Hitler's Germany by THE US SHIPS......

The official Iranian government's position on the chemical attack in Syria is neutrality on blaming either side. Here are tweets by the Iranian President Hassan Rouhani on the subject:

"Iran gives notice to international community to use all its might to prevent use of chemical weapons anywhere in the world, esp. in #Syria."

"Any action on #Syrian crisis should be based on intl law, lead to more stability in region&reduce terrorism.Mid-East doesnt need another war."

you've got to be dumb as dirt to take such stuff seriously.

there's no reason that the rebels would gas themselves and blame the Assads AND THEN VOLUNTARILY TURN AROUND AND ADMIT RESPONSIBILITY.

the dumbest donkey in the deepest well wouldn't swallow that garbage.

Or just dumb enough to believe the wmd excuse for war, twice. It really is amazing that even after the wmd excuse was used to start the Iraq war, there are still people willing to swallow it for another war!

The NCRI is comprised of 25 committees that act as shadow ministries. The committees are responsible for expert research and planning for future Iran. Iran News - Latest Updates and Breaking News from Iran