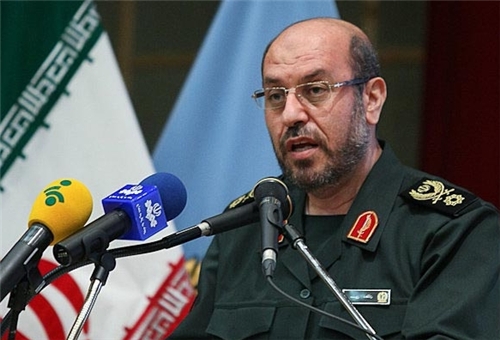 
Iranian Defense Minister Brigadier General Hossein Dehqan warned the advocates of war on Syria against its unpredictable consequences, saying such a war will engage numerous countries and lead to a regional war.

"The Syrian government and Bashar Assad will not stand still to allow others to topple their political system or bomb their people without facing any reaction," Dehqan said in a televised interview with Iran's state-run channel one TV on Monday night.

"Certainly, this reaction will be shown on the basis of the decision made by the Syrian political leaders and will cause a new round of reciprocal attacks in the region and it will possibly entangle others with battle and put them in battlefield," he added.

Dehqan advised the Americans to think about the consequences and results of invading Syria and do a cost-and-benefit before embarking on an attack on the Middle-Eastern country.

Too many years of lies: From Mossadeq to 9/11

Washington has been at war for 12 years. According to experts such as Joseph Stiglitz and Linda Bilmes, these wars have cost Americans approximately $6 trillion, enough to keep Social Security and Medicare sound for years. All there is to show for 12 years of war is fat bank balances for the armament industries and a list of destroyed countries with millions of dead and dislocated people who never lifted a hand against the United States.

Washington’s wars have destroyed the favorable image of the United States created over the decades of the cold war. No longer the hope of mankind, the US today is viewed as a threat whose government cannot be trusted.

Dehqan's bluster and implied threats of attacks aimed toward enlarging the conflict throughout the region aren't going to deter anyone as it's Iran and it's client group in Lebanon that will be hurt.

In a regional war, they will not be the only ones to be hurt. Only politically and historically ignorant people would think such a war could be limited.

They know the US wont attack and that's why they come out with their daily diatribes.

I didn't say and didn't mean to imply that the hezzies and the Iranian goons would be the ONLY ones hurt. I meant to say that they would suffer far more damage than would any of the nations that they threaten to drag into this mess.


iran is militarily weak and while they rely on terrorist attacks to inflict damage on others, in the context of real war, Iran would get an ass-kicking and be reduced to little more than post-Saddam Iraq.

The fact that you compare Iran with Iraq makes it clear that you do not know what you are talking about. hasbara is obviously scraping the bottom of the barrel in the quality of people it recruits to be shills.

An Iranian lawmaker has described possible reaction from Tehran as the main reason behind Washington’s decision to give up the idea of a military strike on Syria.

“When our military commanders introduced Syria as the red line and Leader of the Islamic Revolution Ayatollah Seyyed Ali Khamenei sensibly elaborated on Syria developments, Americans came to realize that Iran as the regional superpower can hamstring the US in the Middle East, and no power can ignore the Islamic Republic of Iran’s red lines,” member of the National Security and Foreign Policy Committee of Iran's Majlis, Javad Karimi Qoddousi, said on Wednesday.

“Americans knew that if they attacked Syria, their warships and destroyers deployed to the Mediterranean Sea would be struck by resistance missiles...” Karimi Qoddousi noted.

Karimi Qoddousi further noted that possible reactions from Hezbollah and the Damascus government were other reasons that averted the US military action against Syria.