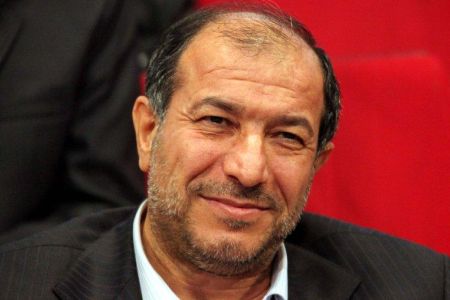 
Major General Hassan Firouzabadi, the chief of the General Staff of the Armed Forces, issued a decree on Sunday appointing Mostafa Mohammad Najjar as his top advisor.

Mohammad Najjar, a veteran of the Islamic Revolution Guards Corps, served as interior and defense minister in President Mahmoud Ahmadinejad’s first and second administrations from 2005 to 2013.

Interesting to see if Najjar puts back on his IRGC uniform with brigadier general's shoulder boards, or retains civvies.
Posted by Mark Pyruz at 2:02 AM