A Fire that Will Burn Everyone 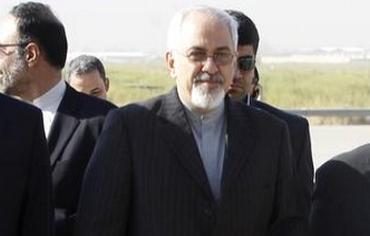 Iranian Foreign Minister Mohammad Javad Zarif, in Baghdad for his first official trip abroad as minister, said at a news conference that the U.S. will ignite a fire across the Middle East if it attacks Syria.

“We are concerned about warmongering in this region,” Zarif said. “Those who are short-sighted and are beating the drums of war are starting a fire that will burn everyone,” he added. (Reuters, 8 September)

“Interference (in Syria) will affect the neighboring countries maybe directly, including Iraq, which will be affected in terms of security and humanitarian issues,” Iraq’s foreign minister Zebari said at the news conference.

some will be burned more than others, Zarif. remember that.

"Iran and Iraq against impeding U.S.-led strike on Syria."

On foreign policy matters, particularly regional ones, it is very rare when Iraq and Iran take different sides on an issue..

It's because of these "warnings" that the US should attack Syria, and should bomb Iran continuously upon the first indication that Iran has (in a cowardly terrorist manner) retaliated.

This is a lesson to Obama to not do a few strikes. You need a thousand sorties per day over Iran, bombing anything that moves. Don't pussyfoot Obama.

Don't worry the Islamic regimes front line in Syria will crumble and Hezbollah will be isolated.As that mullah Taeb once said, " If we lose Syria we will lose the streets of Tehran".

the US has no intention of performing any massive bombing of Iran because there is neither need nor reason to do that.

The need is to make sure that iranians are beaten into submission which is the only way to deal with them. Otherwise they'll retaliate.

Would that be instead of the cowardly terrorist manner in which the Iraq war was started on pack of lies and chemical weapons were used on Vietnam and Gaza?

The administration of US President Barack Obama has admitted that it lacks “irrefutable, beyond-a-reasonable-doubt evidence” for its claims that the Syrian government used chemical weapons in an attack last month.

“A joint military exercise by the Army and the IRGC will be held in the second half of the current [Iranian] year (Started March 21, 2013),” Baqeri said on Monday.

“The latest weapons and war tactics which have never been tested will be tested in the drill,” the Iranian military official added.

Shouldn't you be tying your children together to clear a mine field you iranian terrorist?

Very revealing that you bring up abuse of children. zionists are world leaders in that

Anon 1:41 AM, it is well known that zionists are scared of Iran's ability to retaliate.