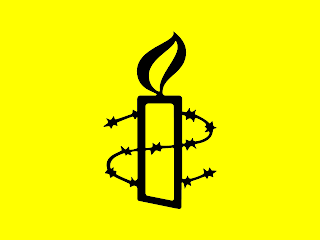 Iranian government announced that it had freed 80 political prisoners today. The freed prisoners were arrested in the aftermath of the massive popular demonstrations after the 2009 presidential election. They were freed just hours after President Hassan Rouhani departed for New York for the annual U.N. General Assembly.

Rouhani and his foreign policy team will be engaged in high-stake diplomacy during and on the sidelines of UNGA. The mass release of the political prisoners (the Iranian government calls them “security prisoners”) will surely help Rouhani and his team in what is now called the “charm offensive” to raise Iran’s standing in the international arena.

We do not have the names of the released prisoners yet, but will publish it as soon as available.

Mark, the best term describing them is freedom fighters. And they were arrested and detained in the 21st century! Their release would hopefully also signal the beginning of the end of the "security" state in the country.

How about the real political prisoners being freed? Most of those political prisoners are members of the green movement of Mousavi and are supporters of the criminal regime.Can this cowardly and disgusting theocracy bring back the thousands of executed and apologise for their crimes? NO they can't !
Have the Iranian people become a play thing for this criminal terrorist regime? Yes they have!
Do the Iranian people have to except shovels full of crap constantly thrown at them by this gangster regime with their paid associates abroad? No they don't !
The hypocritical anti Iranian regime knows it's cornered and that's why they are playing this Khatami mark two game,to save it's ass from the very people it claims to represent. Their cover has been blown!

You are bluffing!.The timetable FOR their release just coincided with the date of departure of the President To New York!!-LOL!

And who are these "real political prisoners" you`re talking about,let me guess maybe the mek or jundallah?

Mark,A better example would be the uk`s modern anti terrorism laws and the detention of people like abu qatada,one mans political prisoner/freedom fighter is another mans terrorist or terrorism supporter.If its okay for the west then its certainly okay for an iran being threatened with "all options on the table" which no doubt include terrorism and regime change,ideally these people should be given their day in court,but sometimes that is just not possible,the other option would be to strip them of their citizen ship and expel them

The government has released 80 political prisoners it had held illegally for more than four years for their participation in peaceful street demonstrations, and now some regime apologists are arguing that instead they should have been stripped of citizenship and expelled. I guess Fascism tolerates no boundaries.

Anon 3:14....Are you some sick hypocrite of the regime? Go and ask that stupid question from the families of the imprisoned and executed by the hands of your pay masters.

these political prisoners haven't a damn thing to do with with the US civil war prisoners.

Nader UskowiSeptember 25, 2013 at 8:48 AM
If its alright for the west to do these things it should be okay for iran,unless of course you`re a believer in one rule for the west and another for iran,if its alright for the uk to ship qatada off to another country then whats wrong with iran shipping people like that off to another country,the irony is that these individuals would be treated far better in the west as former "political prisoners" than qatada would be in jordan.I personally see nothing wrong with stripping the citizenship from people who advocate the overthrow of the government and I think you`ll find that the vast bulk of your beloved western countries take a dim view of that sort of thing too.Now personally as I said I would rather give them their day in court but sometimes for various reasons that isnt possible,so that only leaves two other options either indefinite detention or expulsion,which would you prefer mr uskowi?
PS where is the legal opinion that claims their detention was illegal?

AnonymousSeptember 25, 2013 at 10:40 AM
Why dont you tell us who these "real political prisoners" are rather than just mindlessly ranting about your hatred for the iranian government