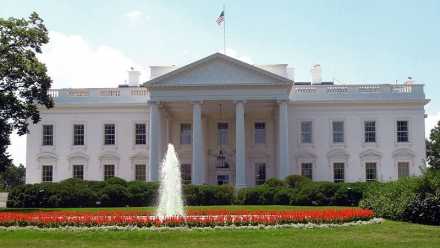 As Iran prepares to inaugurate its moderate president, the Obama administration and Congress are sharply divided on how tough an approach to take on the country's nuclear program, the LA Times reported today.

“Obama administration eases some sanctions in the wake of Hassan Rouhani's election. (But) some lawmakers want even more (sanctions), fearing time is short to block a nuclear bomb.” (LA Times, 27 July)

The Obama administration, which hopes to meet incoming President Hassan Rouhani's team in September on the sidelines of the UN General Assembly in New York, this week announced an easing of sanctions on medical supplies, farm products and humanitarian aid.  Meanwhile, the House appears close to passing a tough new sanctions measure aimed at further cutting Iran’s oil exports.

Secretary of State John Kerry and other officials are urging Congress to hold off on new sanctions before expected nuclear talks, warning of the risk of alienating new leaders who might be willing to give diplomacy a chance, the LA Times said.

"You could have a train wreck if a draconian new bill is passed during negotiations," said Cliff Kupchan, an Iran specialist at the Eurasia Group and a former State Department official.

Senior members of Obama's nuclear team from his first term are among those who have called on the administration to take a new approach.

Deadbeat US police state under the ageis of Zionist parasites is like the USSR during the dying days of Brezhnev and Andropov, there is total confusion, lies, hypocrisy and confusion, not to mention the world's biggest gulag and torture system. NO WONDER SNOWDEN SOUGHT REFUGE IN RUSSIA!

That proves you know nothing about how America operates.Those things you mentioned are plentiful in Iran.Communism and Islamism are both sides of the same coin and it shows that Iran under the Islamic dictatorship is heading the same way as the old Soviet Union.

It appears that you have not learned much from the recent Iranian election and continue your sloganeering which got your types to nowhere. Iran and the U.S. need to start direct talks to end the impasse in their relationship, and sooner the better. There are two groups opposing it: the extreme right in both Iran and the U.S. Let’s hope the moderates in both countries can succeed in isolating the extreme right and begin meaningful negotiations toward establishment of new relations between the two countries.

NOT GOING TO HAPPEN! pipedreams my dear.

What a profound analysis!

Kindly read the Farsi media. Iran is not interested in talking with a deadbeat US.

Iran Rejects Direct Talks with US on N. Issue

Also you may be aware that 90% of bankrupt Americans are near poverty. It is one thing to be delusional but another to be able to discern fact from fiction. The US is under Zionist control and imploding and the Zionist agenda is to keep regional hostilities going not engage in "peace talks". I sympathize for your lustful longings but unfortunately THERE WILL NO TALKS WITH THE US AS LONG AS ZIONISTS RUN THE US POLICE STATE!

What would Iran gain by talking to a failed deadbeat bankrupt stasi US police state that is on the road to being the biggest garbage pit of history in mere 65 years? Iran will continue on its manifest destiny as a rising power.

AP: 4 in 5 Americans live in danger of falling into poverty, joblessness

Hardship is particularly growing among whites, based on several measures. Pessimism among that racial group about their families' economic futures has climbed to the highest point since at least 1987. In the most recent AP-GfK poll, 63 percent of whites called the economy "poor."

The reality is that Iran is in a much stronger position now as the alliance with Russia and victory in Syria has made the dying US failed state meaningless to most rising nations. India recently humiliated both Kerry and Biden by showing them the door and not signing even a minor business deal, while signing a $6 billion military contract with Russia. Also India is investing in various Iranian projects in both civil and military sectors.


Russia and Iran: A postmodern dance
By M K Bhadrakumar

If, as expected, Russian President Vladimir Putin undertakes the trip to Tehran in August, it will be rich in symbolism - even if he were to give up the travel plan to take a boat across the Caspian Sea to reach the Iranian shore. The congruence of interests of the two regional powers, which are neighbors, has never been in doubt.

But then, this year is also, by a curious coincidence, the 70th anniversary of the Tehran Conference of 1943, which was a poignant event in Russo-Iranian relations in their rich tapestry of history dotted with blood and betrayal.

The history of Russian-Iranian relations is stunning. Putin has een the only Russian leader to visit Tehran since the Bolshevik revolution in 1917. Yet, both countries are ancient players on the geopolitical arena.

Putin's return to Tehran nearly seven years after his hugely successful first visit in 2007 leaps out of a morality play. Russian foreign policy has come full circle. Putin hopes to clean up the Aegean stables, by literally removing the debris that accumulated during the years when he was not in the Kremlin.

Will he succeed? To be sure, Putin is a charismatic figure for the Iranians. Yet, how will his hosts assess Moscow's intentions? This latter question makes Putin's mission challenging - and risky.

Unkindest cut of all
The "distance" that crept into the Russo-Iranian relationship is to be seen as a legacy of the presidency of Dmitry Medvedev (2008-2012), a period during which Moscow was preoccupied with exploring the content of the "reset" with the United States, which President Barack Obama offered on a platter. The "Westernists" who occupied the Kremlin during those years viewed Iran with distaste and disdain.

Iran took a back seat in the Russian priorities and the strategic understanding that Putin had forged during his landmark visit began atrophying. Russia kept dragging its feet to commission the Bushehr nuclear power plant in deference to the US demarche.