According to Russian-based RIA Novosti:


Russia and Iran's navies plan to hold a joint exercise in the Caspian Sea the Russian-based RIA Novosti reported on Friday, citing a Russian military commander.

Nikolai Yakubovsky, deputy commander of Russia’s Caspian Flotilla, said the two countries intended to hold a joint naval exercise in the second half of 2013.

He made the announcement during meetings with Iranian commanders who were visiting the port of Astrakhan on the Caspian Sea. 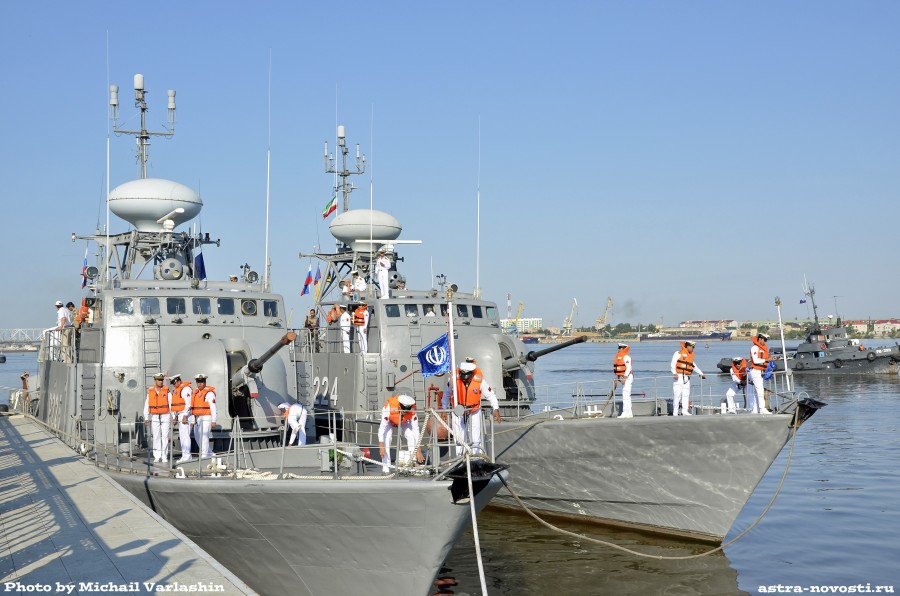 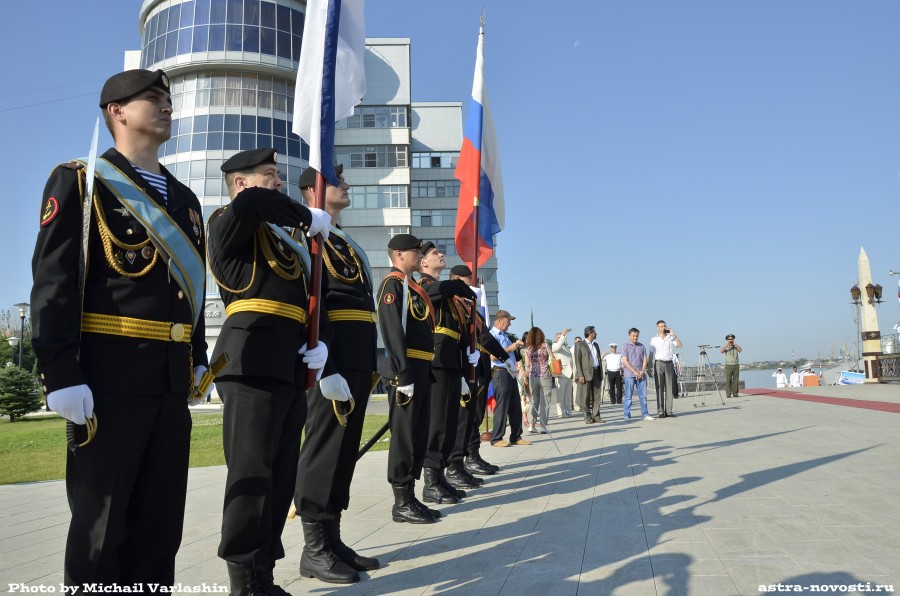 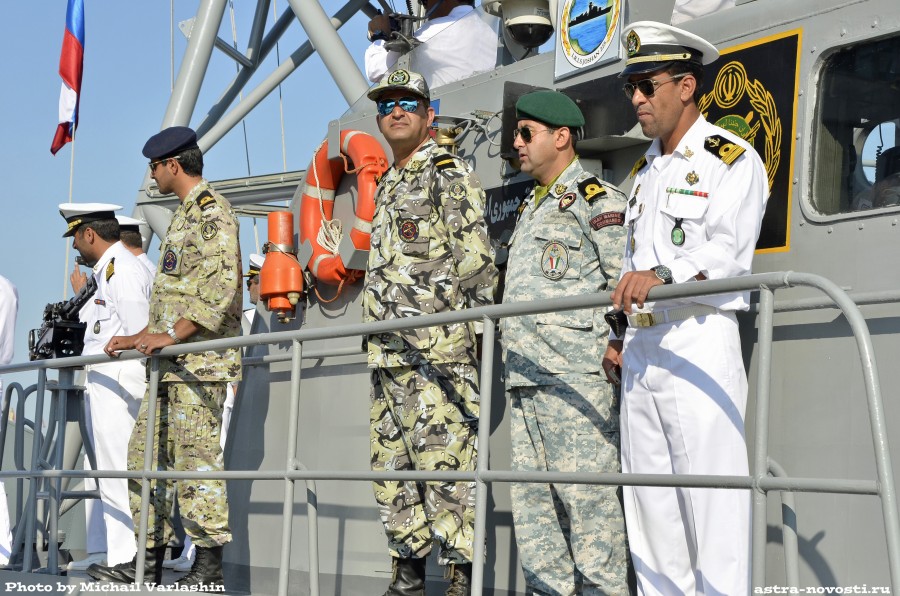 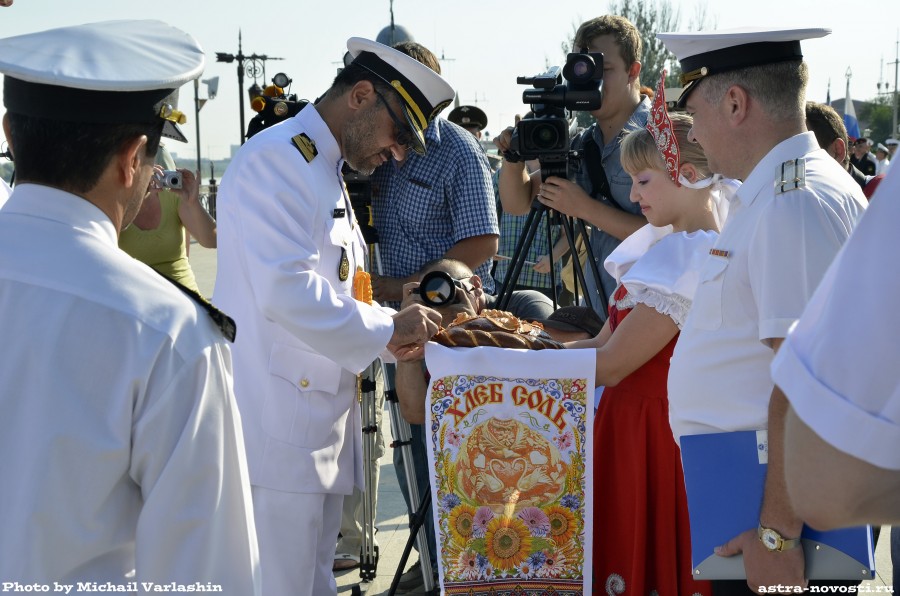 Great to see a warm welcome from our Russian cousins. The IRIN Joshan is the newer version of the brave original FAC missile boat that took on the USN during the cowardly Preying Mantis aggression to support their puppet Saddam. IRIN Joshan was dispatched to protect the SirriD platform in the Persian Gulf which was under attack by USN aircraft and destroyers, the Iranian ship in an act of extreme bravery took on the USN and fought to the bitter end despite overwhelming odds, it managed to shoot down a USN helicopter. The U.S. side suffered two casualties, the crew of a Marine Corps AH-1T Sea Cobra helicopter gunship. The Cobra, attached to the USS Trenton, was strafing Iranian oil platforms and was shot down after dark about 15 miles southwest of Abu Musa island.

This was during the most difficult time in Iran's history it was under aggression by literally all the Persian Gulf Arab puppets, their stooge crazy Saddam and US and Iran was exhausted by war and had no spares or missiles left. It was an act of real heroism to take on the USN. Today, it is a different situation and Iran is at the peak of its power and would sink any aggressor even if got close to Iranian assets or territory. Just as matter of interest, its sister ship the Sabalan was supporting the original Joshan and was damaged but was repaired in 1989 and has since been upgraded and is still in service proudly flying the Iranian flag.

Ate you going to join the iranian Navy? No? Because one tiny American naval group could massacre it? Oh you actually live in America?

Try to live in reality

Take your own advice first, Anon 7:51 AM. The USA is doing nothing to Iran militarily.

The cooperation will only make the world's Zionist warmongers of the U.S. and its life-term master of Israel's blood pressure reading levels to climb higher than usual and of course, as always, prompt them to do more empty 'barkings' against the great nation of IRAN and nothing else.

Wow,are these the same "cousins" that stole all our northern territories?
Never trust the Russians.Who ever says otherwise should read some history books.
What ever America is,at least it forced the Russians to give back Azarbiajan to Iran.

Thank you Anon 5:23 AM. Koudos to you. You made me proud of being an Iranian!

True! But if you read history, as you advice others to do so, or at least just look around with open eyes, the most warmongering country in the world in the past decades has been no other than that of your beloved US of A. So, keep quiet and watch Iran grows her military ties with the formidable Russia.

And an acceptance of the Russian proposal and a deadline, is going to be determined by the Iranian side, acccording to the Rear admiral H. Sayyari.

Russia won't give a god damn thing to Iran because they want to keep Iran below their noses.Iranian people suffered because of Russian occupation,so you be quiet silly little boy.

Russia is totally undependable and is an opportunist. Putin like Medvedev, Yelstin and most of his predecessors is under the total control of Jewish oligarchs and CIA. According to Markus Wolf, the ex-head of the East German GDR intelligence (Man without a Face), Putin was a double agent when posted as a KGB colonel in Berlin during the cold war. So, I would tend to agree that Russia is a totally corrupt and weak state and has no principles as can be seen by the disgraceful Russian stance on CIA defector Snowden case. Russia has an ancient inferiority complex against Persians and has been hostile to Iran since the times of Orthodox Christianity a 1000 years ago and its animosity towards Iran hit its peak from the time of Peter the Great. Iran lost almost 40% of its territory to the Russians including all the Caucasus, Azerbaijan, Armenia, Georgia etc. NEVER THRUST VODKA IMBIBED RUSSIANS!

Anon 7:22 PM...Thanks for your comment.These people who praise Iranian cooperation with Russia know nothing of historical facts about Persian/Russian wars.Russia is happy keeping Iran below its hemline.