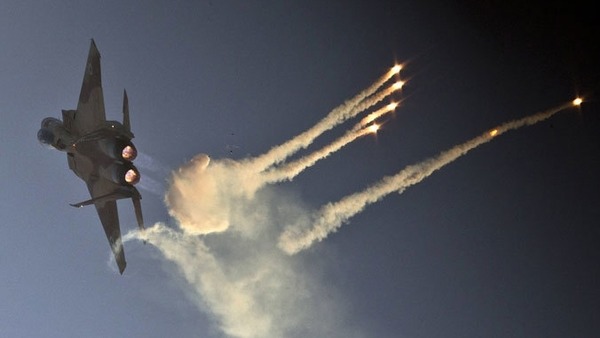 Iranian television channel Al-Alam reported today that official Syrian sources have denied a CNN report that the Israeli Air Force was behind the strike in Latakia on July 5.

CNN reported on Friday that American sources have confirmed that the attack in Latakia was perpetrated by IAF planes, targeting advanced Russian-made Yakhont missiles. (Ynetnews, 13 July)

If the report is proven to be true, this would be the fourth Israeli strike in Syria in six months. The warehouse that was targeted was located in a military base some 20 km outside the city, Ynetnews had reported the day after the attack.

I hadn't realized that there was any claim that Israel had bombed Latakia, but if Syria's and Iran's propaganda outlets are denying it then perhaps it's true.

Just part of the psy-ops and propaganda war as everyone is stoking their pet fibs.

Israel has never dared bomb Syria before, and it never will. Assad Senior (not to be mistaken with the current leader, Assad Junior) promised that Syria would fight Israel "at a time and place of its choosing". The time will be in the year 2113, and the place will be the French Riviera. But, the NEXT time Israel bombs Syria, Assad and the turbaned thugs of the IRI and Hezbollah will huff and puff and blow down all of Tel Aviv with their angry speeches.