Yesterday July 10, 2013 Iran Military Forum site was down and today the URL shows the page seen below. Apparently the site has been hacked by person(s) claiming to be called Saudi AraBia HaCkers. 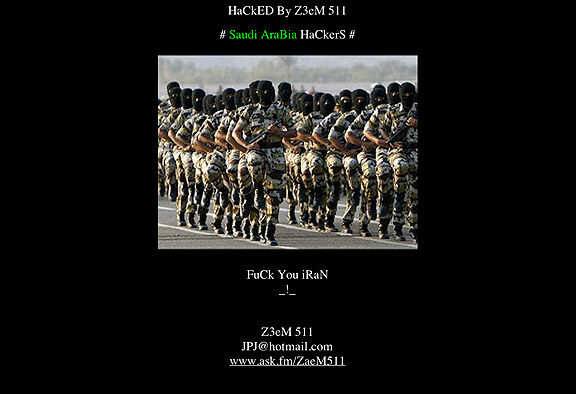 This is not the first time an Iranian military forum site has gone down, several years ago Iran Defence Forum was hacked with a loss of data and later following the 2009 Iranian presidential election, Military.ir was pulled for a period of time.
Posted by Mark Pyruz at 11:48 PM

Saudi pimps are too STUPID and UNEDUCATED to hack anything. Most could not discern a computer from a camel's arse, they have outsourced anti-Iran activities to their Zionist hasbara masters. It is interesting that you note their reversals in Syria, actually the Qatari and Saudi petro-pimps are now also falling out over Egypt as well.

This is very juvenal, hacking a website achieves absolutely ZERO in strategic terms..The Saudi war on Shias across the region will end with the collapse of the Al-Sauds. They should concentrate on doing what they do best - raping young kids and suicide bombings. IDIOTS!!!!

The forum is up and running again!