Iran Criticizes Expulsion of Its Citizens from UAE 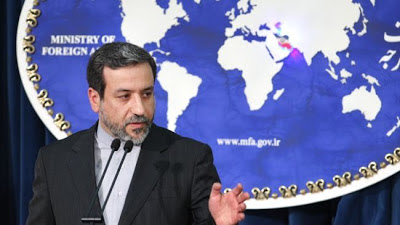 Iran Foreign Ministry Spokesman Abbas Araqchi today told reporters in Tehran that the Islamic Republic is seriously following up on the expulsion of Iranian nationals from the United Arab Emirates (UAE).

A number of foreign nationals, including 500 Iranian citizens, have been expelled from the UAE after new Emirati immigration policies went into effect. ISNA reported on Saturday that tens of Iranian families have also been expelled in recent months, some living in the country for more than 25 years.

“The issue is being seriously pursued by the Foreign Ministry as well as the Iranian Embassy in Abu Dhabi,” said Araqchi. (IRNA/Press TV, 7 July)

According to Araqchi, the situation of Iranian nationals living in the Arab state will be discussed during the Iran-UAE Joint Consular Committee meeting, which is scheduled to be held after the Muslim fasting month of Ramadan.

On Saturday, Vahid Ahmadi, a senior Iranian MP, criticized Adu Dhabi over the move and said the Majlis National Security and Foreign Policy Committee would be carrying out an investigation into the case.

--- "In May, Iran threatened to expel Afghan refugees and migrant workers, in all about 2.4 million people, if Afghanistan signed a strategic security pact with the United States. The deal was struck.

About 1.4 million migrant workers remain in Iran but hundreds of them are being expelled every day.

Iran says migrant workers pose a security threat. But Afghan politicians and analysts say Iran is pushing them out to show it can ratchet up the pressure when it doesn't get its way." ----

A lot of Aghazadehs live in the UAE.They deserve to be kicked back into the hole they created.

Arab petro-pimps following their US/Zionist masters orders as their evil aims in Syria and the region fall apart.