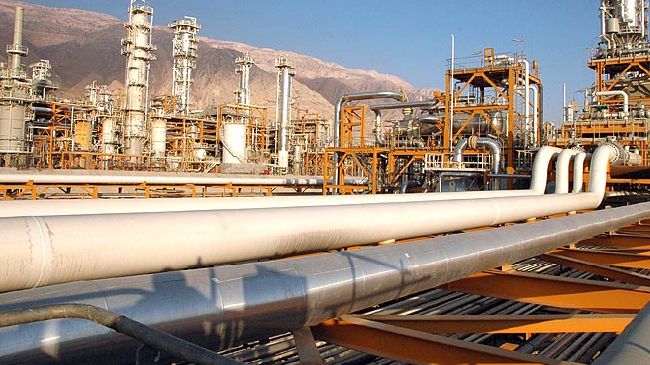 Iran has signed an agreement with Iraq for delivery of natural gas to the country, Iranian deputy oil minister announced today.

“Based on this agreement, 25 million cubic meters of gas will be delivered to Sadr, Baghdad and al-Mansouryah power plants through pipeline,” Mohammad Javad Owji said in Baghdad today. (IRNA/Press TV, 21 July)

The agreement was signed in the Iraqi capital by Iran’s Oil Minister Rostam Qasemi and his Iraqi counterpart, Abdul Kareem Luaibi.

“By signing this deal, Iran will earn USD 10 million a day and USD 3.7 billion a year in revenues,” Owji said.

He added that Iran has already completed the construction of its 227-kilometer section of the pipeline to carry natural gas to Iraq, and the 270-kilometer Iraqi section will be completed in one or two months.

The pipeline will stretch from Assaluyeh, near the massive offshore South Pars gas field in southern Iran, and will continue into Iraq.

Very wise strategic and economic move as Iraqi economy is increasingly being integrated with Iran. Both are very closely cooperating on regional issues and support for Syria as well. Iran and Iraq also are a unified force in OPEC. The relations will strengthen even more with Dr.Rohani's focus on neighborly ties. I think Maliki would prefer Rohani to a mercurial Ahmadinejad.

Iraq to build a mall on former MKO terrorist base site

The local administration of the Iraqi town of Khalis declared plans to build a mall in Camp Ashraf - the main training center of the terrorist Mojahedin-e Khalq Organization (MKO) - after all members of the terrorist group are expelled from the Camp.

Khalis Mayor Uday AlKhadran told a press conference that an Iraqi court has transfered the authority of the site to the local administration of Khalis which plans to build a mall in there once all MKO terrorists are expelled from the Camp.

"The Camp of New Iraq (Ashraf) still accomodates 100 members of the MKO members, and the rest have already been transferred at the order of the UN to (the transient facility in Camp Liberty in Northern) Baghdad during the last year in preparation for housing them in other countries.

He further pointed to "the suspicious political activities of Ashraf residents who refused to sell the property of Camp Ashraf in accordance with their earlier agreement with the Iraqi government, despite receiving attractive offers from Iraqi and foreign traders and companies".

The Diyala province which hosts Camp Ashraf has on several occasions declared its intention to invest in the Camp to turn it into a tourist site and build a large commercial exchange center for trade between Iraq's Kurdistan region and Baghdad.