The Iranian Navy has dispatched several fleets of warships to the Gulf of Aden and North of the Indian Ocean to protect the country's cargo ships and oil tankers against pirates.

The Navy dispatched its 25th flotilla of warships to the Gulf of Aden in early April to protect the country's cargo ships and oil tankers against pirates in the Gulf of Aden, Bab el-Mandeb and the Red Sea.

The 25th fleet intercepted 540 military and non-military vessels passing through the Gulf of Aden during its mission. It comprised of Alborz missile warship and Larak logistic ship.

IRIN previously announced its intention to deploy IRINS Bayandar (81) Bayandor class (PF 103 type) corvette as part of its 27th and 28th Fleet to the Atlantic, Pacific or South Indian ocean. 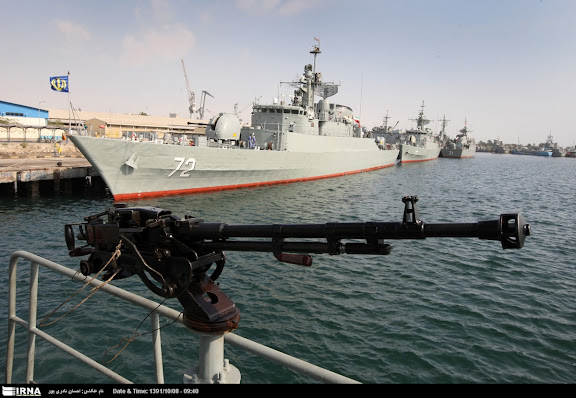 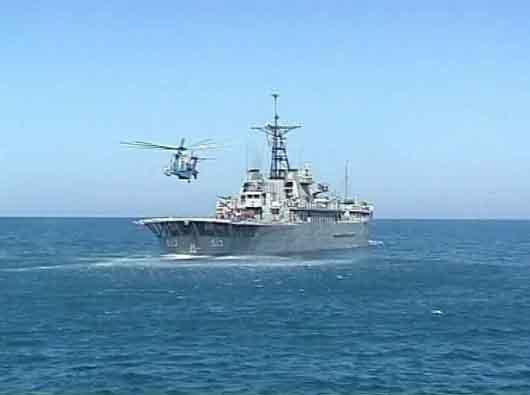 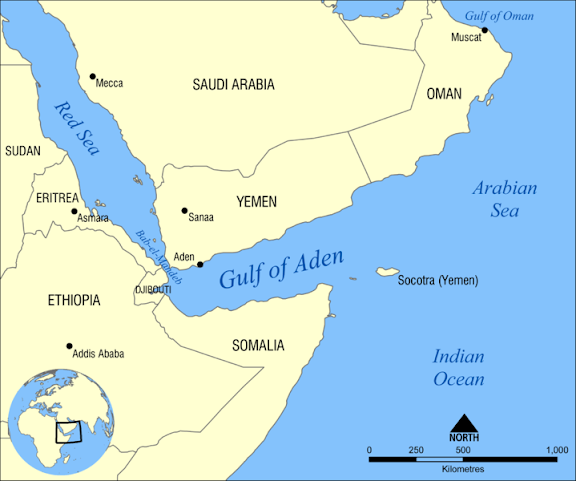 The rising power and ambitions of Iranian navy have been duly noted by the USN and its recent report written by an American officer formerly based in Bahrain. The report, albeit with usual US ignorance and arrogance with a lot of misspellings or wrong names of Iranian naval officers and warships, however does point out that Iran has successfully built a powerful blue ocean navy that can carry the Iranian flag into the Indian Ocean, Red Sea and if more frigates and destroyers are added to the fleet, Iran will be able to operate in the Mediterranean with cooperation with the Russians, who are also increasingly active in the region now.

The rather rambling report, which I have attached below, states accurately that Iran is now very active in the Persian Gulf and is asserting its authority with a vast array of SSM, shore batteries and multitude of FAC missile boats ideally suited for asymmetrical warfare and swarming capabilities. Across the Mediterranean and Pacific worlds, Iran is striving to strengthen and extend its influence. From Libya to Sri Lanka and beyond, the Islamic Republic of Iran is building networks of trade, power, and control. Iran has secured naval docking rights in various nations from India, Sri Lanka, Sudan and Syria. Iran remains committed to expanding its regional significance. Iran's ambitions are serious, but the naval fleet needs to be upgraded and more ships of frigate and destroyer class need to be added. Iran also needs a few helicopters carriers for its growing marine force for power projection. The report also highlights Iran's growing submarine fleet of various tonnage that can severely disrupt traffic in the Persian Gulf and inflict punishing blows on any adversary. With the exception of US 5th Fleet in rapidly deteriorating Bahrain, there is no other naval power in the Persian Gulf able to challenge Iran.

Iran doesn't have a navy power. Everything is outdated and hollow. We need to develop this industry, to fight off hostile neighbors and invaders.

I agree. Iranian military in terms of new equipment is about 2 generations even behind the Arab petro-pimps. Iran needs to boost its defence spending and improve its diplomacy, particularly with EU, Russia, India and China. Hopefully, with many western educated technocrats in the new Rohani government, we will see a better effort. Iran needs to buy mothballed Russian and ex-USSR ships and then refurbish them and add modern armaments. Both India and China are doing the same, even with ex-Soviet aircraft carriers. Iran urgently needs a dozen frigates and destroyers along with at least 4 helicopter carrier/troop supply ships.