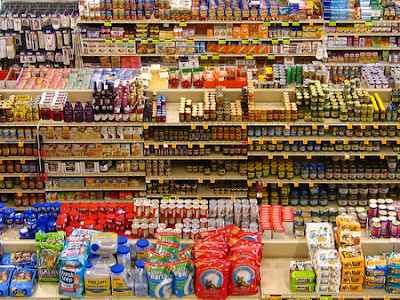 “This is the first time that the country faces very high inflation - the highest in the region and perhaps in the world - coupled with negative economic growth,” Rouhani told the lawmakers. (Mehr News Agency, 15 July)

Rouhani said Iran’s economy actually contracted during the past two years, the first time since the Iran-Iraq war in the 1980s.
Rouhani also reported that the country’s inflation rate is 42 percent, not the 32 percent claimed by Ahmadinejad’s administration.

Rouhani said he was concerned about the country’s unemployment rate, especially unemployment among the educated youths.

“According to our statistics,” Rouhani said, “we will have 4.5 million unemployed university graduates four years from now.”

Rouhani also accused Ahmadinejad’s administration of misrepresenting the unemployment picture. He said despite Ahmadinejad’s claims of creating hundreds of thousands of jobs, only an average of 14,000 were created annually over the 2006 to 2012 period.
“The country faces very difficult conditions, and some of these complexities are the result of domestic performance and some are the result of unjust foreign pressures,” Rouhani added.

Rouhani’s senior aide, Akbar Torkan, also told reporters in Tehran that that the economic state of the country was “much worse than expected.” Torkan acts as Rouhani’s liaison with Ahmadinejad’s administration during the transition period.
Meanwhile, Iran’s Supreme Leader Ayatollah Ali Khamenei threw his support behind the outgoing president.
“The respected president (Ahmadinejad) and his colleagues faced enormous tasks and operated rapidly in comparison with all the other governments,” Ayatollah Khamenei said during a speech broadcast on Iran’s state radio. “We must consider their huge workload, tireless efforts. This cabinet avoided comfort and grants, whereas most officials in the world and in the country benefit from them.”
Posted by Nader Uskowi at 5:39 PM

Oops He must be a "ZIONIST" !!!! or an agent of the "Deadbeat US Police state" !!!
How dares he? I am sure Mark will posting some new pictures soon and do some "historical comparison" to WWII and Churchill !

Actually Iran has to make a choice soon on its nuclear program. The "west" will keep on strangulating it and the people and economy will suffer more. Iranian policy is like an sick pregnant woman with fatal complications, either abort or have an induced nuclear birth regardless and face the music.

Rouhani is establishing for the electorate diminished economic expectations, i.e. "it's worse than we thought" and "blame the outgoing administration". We've actually seen this sort of politics in play right here in the U.S. during recent election cycles.

Interesting how Khamenei, who has been regularly depicted by the Western media as being anti-Ahmadinejad, once again presents himself as the "balancing" branch of IRIG.

Khamenei has always being careful in managing the country by preventing the govt institutions from falling apart. He might not have meant that Ahmadinejad conduct the affairs of the country properly or as required, by condemning him at point is useless. That's how wise man keeps his home together!

He has to Mark, to save face. (More than he already has) Admitting he made a big mistake with Ahmadinejad is not an option for him. Anyone with an ounce of knowledge about the last two years of Ahmadinejad's presidency should know that.

Rouhani was very careful about what he was saying. He has inherited an economy that has contracted for the past two years, even though inflation is at 42 percent and unemployment rampant. A combination of negative growth and high inflation is indeed detrimental to economic activities and difficult to overcome and should be of concern to all, including the Iranian senior leadership. How much of it was Ahmadinejad’s fault is for historians to decide and doesn’t matter now. How to fix a very dangerous situation is the issue now.

LOL! It came straight out of the horses mouth.Some of those losers who support anything the regime does are incapable of thinking for themselves.Even if the regime sinks Iran into the Indian ocean they will still say it is a "good move".