A perfect time to attack 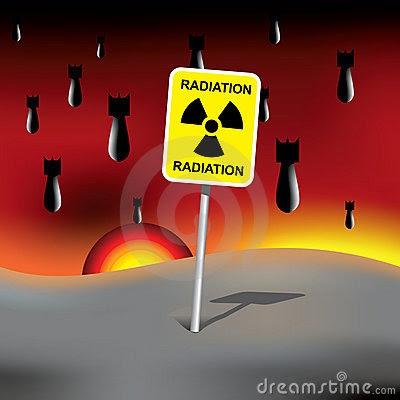 The irony of recent events vis-à-vis Iran and Israel is that if Israel was planning an attack this would be a perfect time for one. Before any readers jump into any conclusions, this statement doesn't mean that I am advocating, or am in favor of, an immediate attack, but it is merely an observation.

Here is why I think this might be the perfect time for an Israeli attack against Iran:

The Israeli prime minister publicly retreated from his prior aggressive positions, opting instead for a higher threshold of tolerance for uranium enrichment by Iran, per his UN speech. Mr. Natanyahu appeared to acknowledge, and accept, the reality that United States' only red line is the one they have devised for Israel, which is: "don't drag us into war without our consent". The Iranians could be forgiven for thinking that the danger has passed, at least for now.

To add to the sense of normalcy, the Israeli prime minister called for early elections. Again, no one would expect an attack on Iran in the midst of Israeli elections, but the rub is that the same players are expected to win this election, so there is really no political uncertainty to preclude an attack against Iran.

If Israel wanted to regain the element of surprise, then the recent, Israeli made, events have given it that element back, and all the pieces seem to be in place if they were to chose to attack, even as there seem to be no doubt that an attack is no longer considered imminent.

Another element needed, other than surprise, is the pretext for military movements. To that end, Israel has planned maneuvers in the Negev desert under the pretext of preparing for events in Syria in case the chemical weapon stockpiles are moved by the Syrian regime.

On the US end, the Israelis maybe sensing some room to maneuver as the US election is now more tightly contested making it difficult for President Obama to speak out against any Israeli military action if it were to occur. In fact, as I had written in the past, President Obama might hate the notion of war with Iran but such war would almost guarantee his reelection, so it's a "win win scenario" for him.

So, if Israel was actually planning to attack Iran in the next few weeks, hypothetically speaking of course, what would we expect it to say or do in prelude to war?

- Hint to the world that they are backing down, perhaps by using a UN speech to convey that message.

- Create additional diversions, like calling for early elections which could have been easily done after the US election or post new year.

- Keep the strike force on alert with preplanned maneuvers like the one already planned in the Negev.

- Strike when no one expects it.

There can be no moment of 'surprise' in this context anymore after months and years of threats; for that matter Iranian are paranoid enough; but I agree with you, we will never know until the election is over ...

Iran has managed to develop advanced radars which will prevent any surprise.
The ability to control israeli airspace by Syrians and the Hezbollah will also mitigate any surprise.

NK's technicians has already commenced their cooperation; regarding air defenses, with the Islamic Republic.

There is a big posibility that instead of another "Green Revolution" will be an European Revolution (to get rid of the masters).

Hope bibi won't read this or he will attack for sure! You outsmarted everyone! Classic Persian paranoia...

So a maximum tactical surprise is well possible. If you regard the U.S. positioning of ships and strike forces over the last three months you can see it. It's like a chess player shoving pawns over the board and you don't recognize it until the moment when he says "check mate in four moves".

A check mate is not possible, because "a king" is in Tehran and without a successful ground invasion's attempt, the check mate will not happen.

@doc
You're right. We would be talking tactical.

@anon 3:41
You may have a point on the paranoia part, but I am not Persian.

Earth to Dissident. Iran will lay in ruins while you lob a few obsolete missiles at US/Israeli targets. Pull your head out of your ass. Our current government has nothing to do with our heritage.

Your argument have flaws, because the West had an opportunity to do those destructions when Iran was weaker...and they haven't do that.

Why the zionist entity doesn't rely on its nuclear capabilities to do the job alone and is waiting for the US participation?
It shows that those who will initiate, this time will not acquire sound and plain victory.

If someone knows that it will loose something bigger without gaining significant prize, that entity will think twice...
Islamic Republic has only one way, which is to whithstand aggression. SURRENDER IS NOT AN OPTION !!!

Vietnam and Afganistan shows you another scenarios, in the case of an aggression.
If you think that the option is to surrender and capitulate, you are wrong, because majority of Iran's people have an honor to fight for what they believe.

All nations have been changing and they do not resemble what was in the past. The heritage can be revered in exhibitions, museums and during festivals...


P.S.
Look at your and other asses, in order to keep you in high excitments


And you are wrong since Israel lack the logistical capability to mount a sustained aerial attack nor its current arsenal can reach targets buried deep beneath the mountains, the two deficiencies you failed to take account of.

@anon 3:09
Thanks for the comment.
This piece was actually just covering intent, not capabilities.
A prior piece (" attack or not to attack Iran" covers that more).

In a nutshell, regardless of what Isreal can and can achieve through a strike, the US with its superior capabilities would finish the job in case of war.

The US maybe hesitating to start the war now, but once the war starts its black and white for the US military and they will get the job done, one way or another.