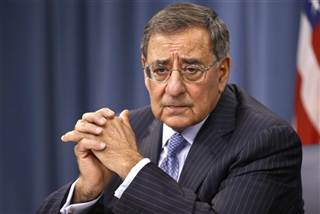 U.S. Defense Secretary Leon Panetta said on Friday that there is a significant growth in cyber threat from Iran and that the U.S. is prepared to take action if America is threatened by a computer-based assault.

“Potential aggressors should be aware that the United States has the capacity to locate them and hold them accountable for actions that harm America and its interests,” Panetta said in a speech to the Business Executives for National Security, warning that U.S. could face “Cyber Pearl Harbor.” (NBC News, 12 October)

U.S officials have told NBC News that they believe Iran is behind the recent cyberattacks on U.S. banks, including massive distributed denial-of-service attacks on JP Morgan Chase, Bank of America, US Bank, and Regions Bank of Capital One. The officials say the attacks are “significant and ongoing,” designed to cause “functional and significant damage” to U.S. financial institutions.

It seems that what's good for the goose is good for the gander. The US has been using cyber attacks on Iran and other countries for years. Why would they be surprised they get a dose of their medicine back at them?