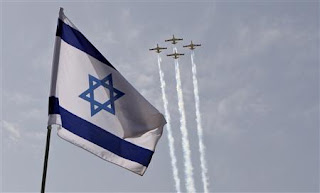 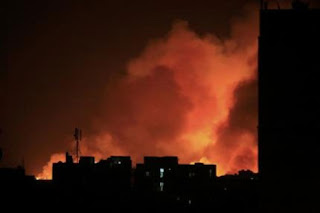 The Zionist Regime of Israel's air force is just too strong for those militarily; weak, hapless and defenceless(no fighting back or retaliation) nations and countries but instead, it is extremely rhetoric when it comes to the powerful one such as the Islamic Republic of IRAN's military power, might and capabilities. Indeed, the Israel military authorities are very well awared of its catastrophic consequences. That's what IRAN is.

Nothing. Israel chose Sudan because it is a much weaker target and Israel knows that Iran is no Sudan. Otherwise, Israel would've sent a real message by going after Iran instead of that insignificant country.

mat---- how long would it take the Israeli air force to turn Tehran into ash, should the Israelis desire to do so?

More than it would take Iranian missile forces to turn Tel Aviv into ash.

Yet those "weak,hapless and defenceless(no fighting back or retaliation)"nation of Sudan will simply retaliate against their own citizens like the fascist regime usually does with some of their good old fashioned torture rapes and battering to death.

If you want to assert that Iran can turn Tel Aviv to ash then either you're an ignorant buffoon or you claim to know that Iran has already assembled nuclear weapons.

I'm guessing that you're not claiming that Iran has nuclear weapons.

Sudan should not be underestimated by Israel. It is a militarily potent country since it has the 2nd largest air force in Africa. They can retaliate against Israel in kind.

the Sudanese air force boasts nearly a dozen operational MIG-29s and perhaps they might not prove all that daunting to a few hundred Israeli F-15s.

Listen, dunghead. I didn't claim that Iran had nuclear weapons so stop trying to put words in my mouth that never were there. And besides, you do not need to use nuclear weapons to reduce Tel Aviv to ashes. For a city of this size (Tel Aviv is vastly smaller than Tehran in terms of square area), hundreds of missiles fitted with conventional warheads are sufficient to achieve the same effect.

as I'm sure that you quite unfamiliar with the subject I'll simply say that "hundreds" of missiles aren't going to reduce a city, even a small one, to ash.

does Iran possess a ballistic missile that carries a 1,000 kg warhead or are they still 750s?