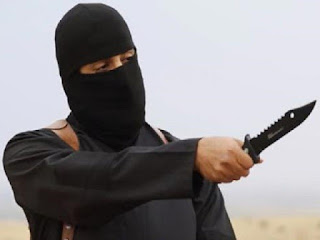 Mohammed Emwazi, known as “Jihadi John,” the ISIL terrorist seen in numerous beheading videos, was targeted and reportedly killed on Thursday in a U.S. drone strike near Raqqa, Syria.

The Syrian Observatory for Human Rights (SOHR) said four ISIL fighters, including a leader with British nationality, were killed by coalition airstrike.

This animal needs to be captured alive .

Shame he didn't face the justice.

He did. He's got what he deserved. Other Daesh leaders have surely taken notice.

I am glad to see such kind of animals are not alive on our planet. Any single moment of their lives are a big disaster to humanity.

This is good news indeed.