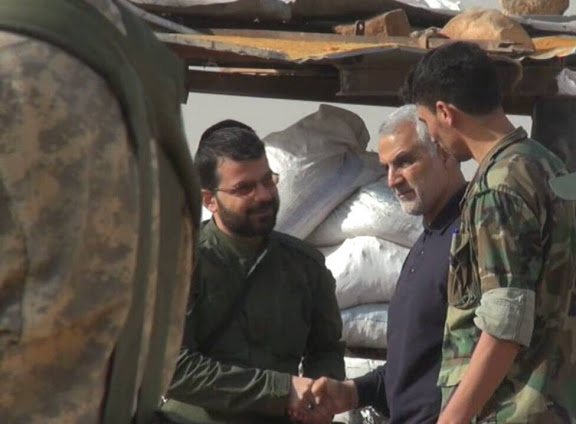 According to Agence France-Presse, dated 25NOV15:

Soleimani "was injured a few days ago" in an offensive in the southwest of Aleppo province, a security source on the ground told AFP.

The head of the Syrian Observatory for Human Rights, a Britain-based monitor of the war, also said the general had been hurt.

He was "lightly injured three days ago in the Al-Eis area in the south of Aleppo province," Observatory head Rami Abdel Rahman told AFP.

COMMENTARY: Reports of the death or severe wounding of IRGC-QF Maj. Gen. Soleimani have been circulating since at least 15NOV15, initially claimed by the Al-Qaeda affiliate in Syria, JAN.

Iranian sources continue to deny the WIA of Soleimani, the most recent observed 24NOV15 from IRGC Brig. Gen. 2C Ramezan Sharif, in an article published at Sepah News, the official IRGC media site. In the article, Sharif, who is IRGC Director of Public Relations states that Soleimani is “completely healthy” and is “energetically” and “cheerfully” assisting the "resistance fighters in Iraq and Syria." 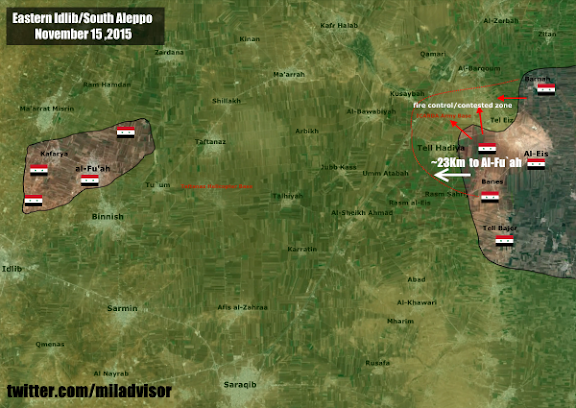 Map depiction of Al-Eis area, where it is claimed Soleimani was "lightly wounded." This 15NOV15 military situation graphic depicts Al-Eis in relation to drive to IRGC-QF directed drive towards relieving besieged Shia enclaves of Al-Fu'ah and Kafarya, an objective still not realized.

Oh, oh, here we go again, the 101st Soleimani killing of the week. Mark Twain will not like that news of exaggerated death.

Not to be out done by Erdogan , Irgc seemingly trying to be the bigger idiot of the week by sending Soleimani to Aleppo front . Unless the ruling clergy are looking for a face saving way of getting rid of this guy .

If you read Fars News Agency's second-hand story about how this Soleimani guy had helped the recovery of the downed Russian pilot at the Syrian border, first you see him as a hero and then as a traitor (you pick yours). According to the story, he is very much alive and healthy [ read on: http://www.farsnews.com/INAFDE ]