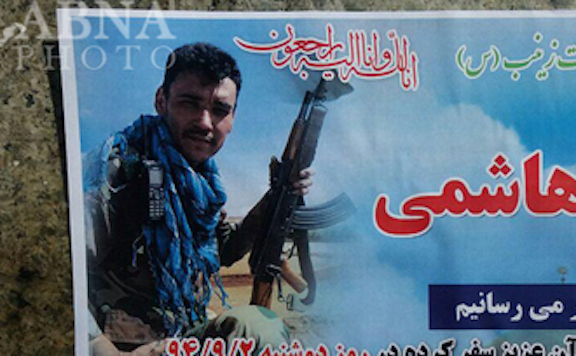 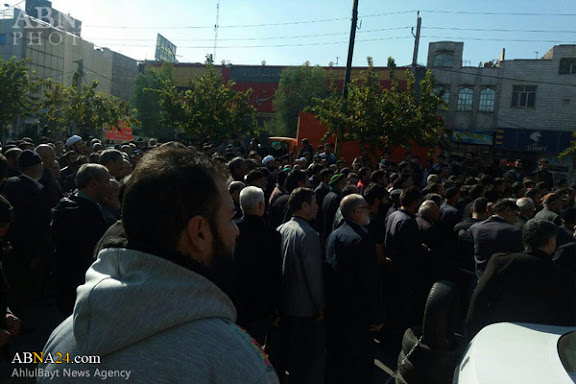 Mourners and twos people paying their respects for Ahmad Rahimi, fallen member of Afghan Fatimiyoun Brigade. This reportedly the fifth soldier from Qarchak lost in the Syrian conflict. 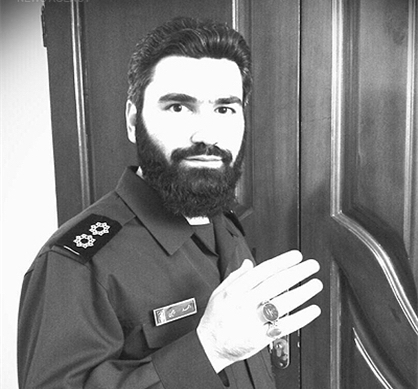 The IRGC-QF directed offensive takes its name from the month of Muharram, which to the Shia is a month of mourning (on its tenth day, the Ashura, Shi'ites commemorate the martyrdom of Hussein bin Ali in the Battle of Karbala). 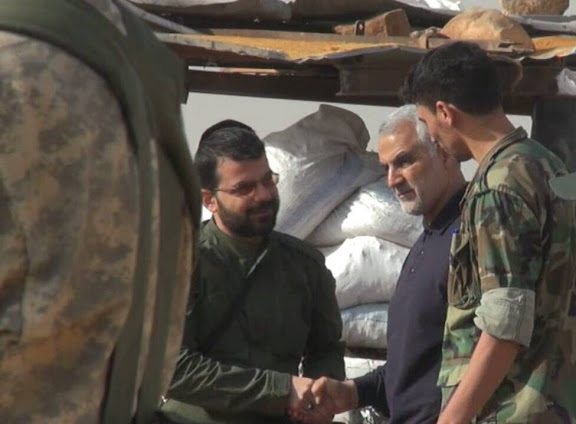 The Al-Qaeda affiliate Nusra Front last week claimed the KIA of IRGC-QF Commander Maj. Gen. Soleimani. However the claim has turned out to be false, with a number of photos turning up since of the commander continuing to serve in role of military liaison, including above depiction near Aleppo emerging 21NOV15 on social media.
Posted by Mark Pyruz at 12:27 AM

RIP, but the sacrifices of these brave men are paying off and almost all of Aleppo province is free of terrorists. Long columns of Russian T-90s on the move towards Turkish border and the US supplied TOWS in the "moderate" terrorists hands don't work on them due to the highly advanced Shtora/Arena defense system that locks on to ATGM and deflects it with 90% accuracy.

ARENA/Shtora are supposed to deflect 90%+ of SACLOS and wire guided missiles. A Tow is supposed to have about a 10% chance of getting anywhere near a T-90. Iranians are also deploying new Russian systems on the upgraded T-72S that already have ERA plates.

SAA tank losses have been cut down to less than 5% since new Russian systems were deployed. Russians are bring in the latest ARMATA 14 for combat trials in Syria.

the Assads are finished and these men's lives are being wasted in an attempt to prop up a corrupt and vile dictatorship.

ISIS must be ripped up and ousted, but not for the benefit of Iranian ambition. Syria belongs to the people of Syria, not the IRGC

The Islamist groups and their foreign backers have been claiming that for years now, yet Assad has not gone anywhere.

Syria does not belong to the corrupt dictatorship of any Islamist groups.