Hollande: ‘An Act of War’ 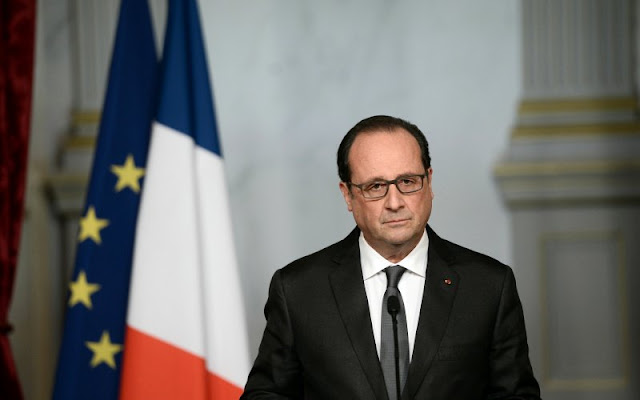 The Islamic State today said it was behind a series of bomb blasts and shootings that have left at least 129 people dead and more than 350 wounded in central Paris on Friday night.

French President Francois Hollande described the attacks as “an act of war” by the terrorist group. Speaking after an emergency security meeting, Hollande said Friday’s attacks were “committed by a terrorist army, the Islamic State group, a jihadist army, against France, against the values that we defend everywhere in the world, against what we are: A free country that means something to the whole planet.”

Hollande vowed to hit back against the militants. “France will be pitiless concerning the barbarity of Daesh,” the French president said.

Needless to say ,we should extend to France our deepest condolences. We should also realize that France is increasingly emerging as a frontline state in fight against terror .
I think the French and European countries could really benefit from using America's unvarnished experience against terrorism .