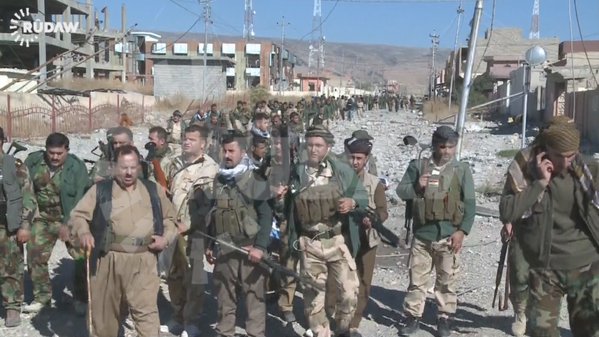 UPDATE: Kurdish President Masoud Barzani announced on Friday that Sinjar has been captured from ISIL.


*****
Kurdish forces entered the center of Sinjar in a lightening defeat of the Islamic State. AP reported that the Kurdish fighters have taken control of central Sinjar. Photos published by Rudaw news agency show Peshmerga fighters walking in streets of Sinjar on Friday. Kurdish flags are raised over key buildings in the city.

Peshmerga forces have entered Sinjar “from all direction,” said a statement by regional Kurdish Security Council. “ISIL is defeated and on the run,” the statement added. The Peshmerga began clearing the town of Islamic State fighters and explosives. The cleanup operation might take days.

The offensive to retake Sinjar began in earnest on Thursday, with some 7,500 Kurdish fighters closed in on three fronts after the U.S.-led coalition warplanes heavily bombed Islamic State positions, command-and-control facilities and weapons depots. Within hours they had successfully blocked Highway 47, the main line of communications between Mosul, to the east, and Raqqa to the west, ISIL command centers in Iraq and Syria respectively. 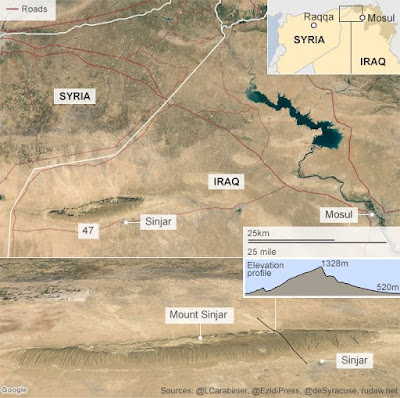 And what does these unconfirmed reports have anything to do with Sinjar, which is near Syrian border? Tuz Khurmato is closer to Iranian border, FYSA.

The confirmed news of the day is the impressive victory by the Peshmerga in capturing Sinjar, which was overrun by ISIL during their advances in summer of 2014.

Of course we all like to see what's happened in Tuz Khurmato, if anything. But don't confuse those reports with what happened in Sinjar.

This whole Turkish and Kurdish shenanigans is getting ridiculous.Instead of coordinating efforts against ISIL/Al Qaeda menace , those idiots don't miss a chance to go after each other . And when the going gets tough, they cry for foreign assistance .