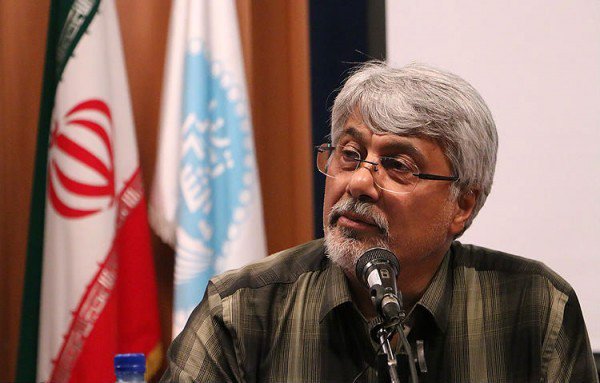 In a crackdown against Iranian journalists not associated with the hardliners, the IRGC Intelligence Department over the last 48 hours has arrested at least five journalists.


Meantime, IRGC Intelligence Department said today that the “IRGC recently identified and arrested some members of a circle of media professionals engaged in a campaign against the Islamic Republic.” (Press TV, 4 November)

The news of the arrests came a day after IRGC Commander Gen. Aziz Jafari warned that a new “sedition” was underway following the nuclear deal.

“The enemy has started its work,” Gen. Jafari said. “We must understand the threat of infiltration and prevent certain action,” Jafari added during an event marking “Fight against International Arrogance and Imperialism Day.”

Hardliner website Dana carried an article against the detained journalists entitled “The Discovery of the American Infiltration Network in Iranian Media.”

The phrase “infiltration network” was coined by Iran’s Supreme Leader Ayatollah Ali Khamenei in a speech on 17 August 2015, when he warned that the Americans hoped to find “a way to establish their influence inside the country.” He added that the authorities “will block them and will continue to block them in no uncertain terms.”

Meanwhile, Iranian President Hassan Rouhani, in a reference to the arrests, warned today against “exploitation” of the supreme leader’s remarks on “foreign infiltration.”

Important to note that it is the IRGC Intelligence department that is arresting these journalists, not the Iranian judiciary, which is responsible for such actions. Gen. Jafari's warning earlier this week about "infiltration" was probably setting the stage for IRGC's crackdown against the journalists. No more pretense in following the country's own judicial procedures.

more ruthless repression and lawlessness from the vile theocratic dictatorship that oppresses the Iranian people.


the crimes of the regime continue and the lies never cease.