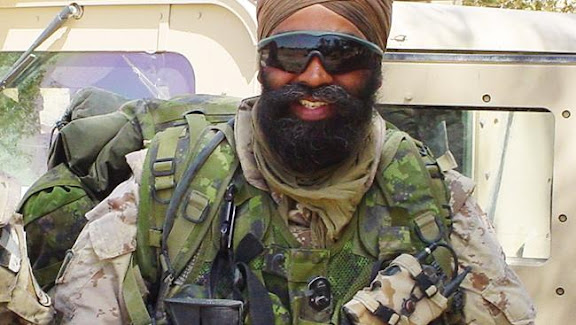 Harjit Singh Sajjan PC OMM MSM CD MP (born September 6, 1970) is a Canadian Liberal politician, the current Minister of National Defence and a Member of Parliament representing the riding of Vancouver South. Sajjan was first elected during the 2015 federal election, defeating Conservative incumbent MP Wai Young, and was sworn into Justin Trudeau's cabinet as defence minister on November 4, 2015. Before politics, Sajjan was a detective investigating gangs for the Vancouver Police Department and a regimental commander in the Canadian Armed Forces decorated for his service in Afghanistan. Sajjan was also the first Sikh-Canadian to command an army regiment. [source: Wikipedia] 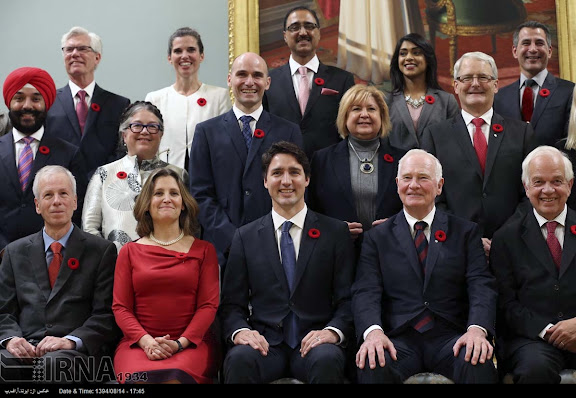 Navdeep Singh Bains, PC MP (born June 16, 1977) is a Canadian politician who is the current Minister of Innovation, Science and Economic Development. Bains, a Liberal, represents the riding of Mississauga—Malton in the House of Commons after his election in 2015. He previously represented the riding of Mississauga—Brampton South from 2004 to 2011. On November 4, 2015, he was appointed the Minister of Innovation, Science and Economic Development in Justin Trudeau's cabinet. [source: Wikipedia]
Posted by Mark Pyruz at 2:51 AM

Email ThisBlogThis!Share to TwitterShare to FacebookShare to Pinterest
Labels: Canada, Ministry of Defense

I rarely post on non-Iran related affairs but there is a personal connection to a Sikh classmate of mine back when I studied in Iran in 1976. He was an honorable fellow.

Personally, although not a Canadian and perhaps not my right to say so, nevertheless I applaud the choice of Harjit Singh Sajjan as Minister of National Defence.

Very nice Mark. I enjoy your comments on this blog. I think you're more objective than Mr. Nader.lol

Kemjika
I share your sentiment on mr pyruz article above.( I also believe that I'm more objective than mr uskowi too ).

Why there are no members of Chinese ancestry in that cabinet, since China is closer to Canada than India.

These are Canadian citizens nothing to do with Commonwealth! Canada doesn't discriminate based on Commonwealth and non commonwealth on her citizens. Most probably there was no qualified Chinese ancestry ones for the job intended at the time or these were better.

Canada is the best!!! If it wasn't for the weather, it would definitely be in my top 3 places to live in the world.