Remains of Iranian senior diplomat Ghazanfar Roknabadi were returned to Iran from Saudi Arabia on 26NOV15, with a ceremonious funeral held 27NOV15 in Tehran.

Iranian media reported the body of Roknabadi, who was declared missing, was identified through fingerprints and DNA testing.  [source: RFE/RL]

Secondary testing will be used to determine if Roknabadi died in the hajj crush, his brother was quoted saying by ISNA news agency.

"If the result of examinations in Tehran contradicts the Saudis' claim that my brother died in the Mina incident we will complain via international forums," Morteza Roknabadi said.

Following is Iran media imagery of the transfer of Roknabadi's remains at THR: 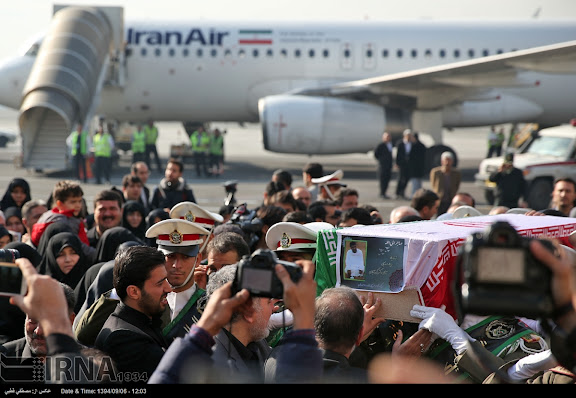 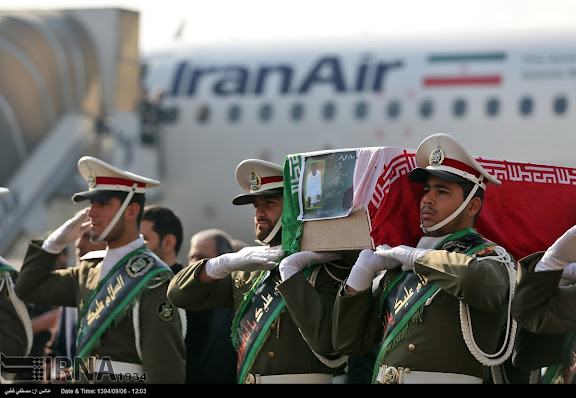 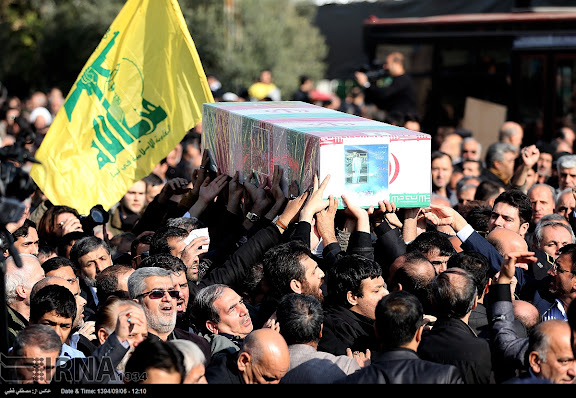 Until last year, Roknabadi was Tehran's envoy to Beirut, a highly sensitive post. Lebanon is home to the Iranian-backed Shiite movement Hezbollah, allied with President Bashar al-Assad in the Syrian civil war, who Riyadh has repeatedly urged to stand down. [source: AFP] 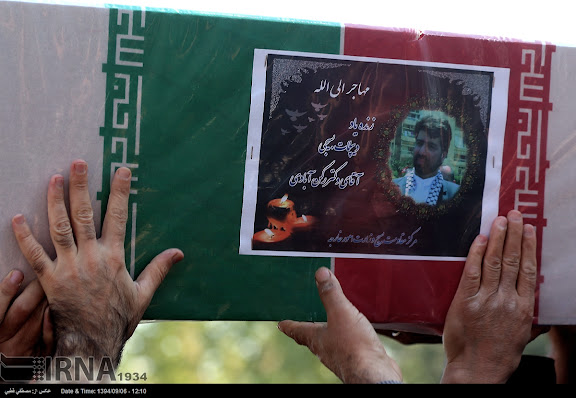 Imagery of the deceased on IRI flag-draped coffin, during funeral procession in Tehran 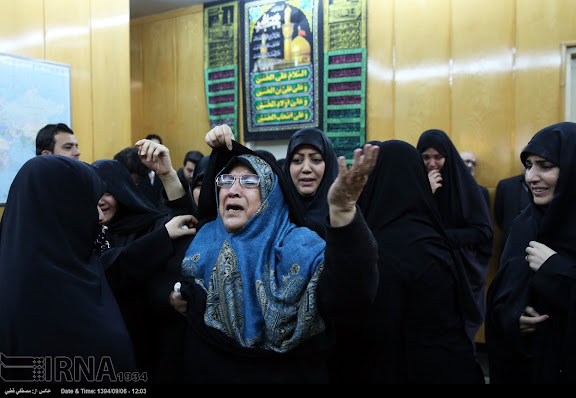 Bereaved family members during the funeral of Ghazanfar Roknabadi, in Tehran 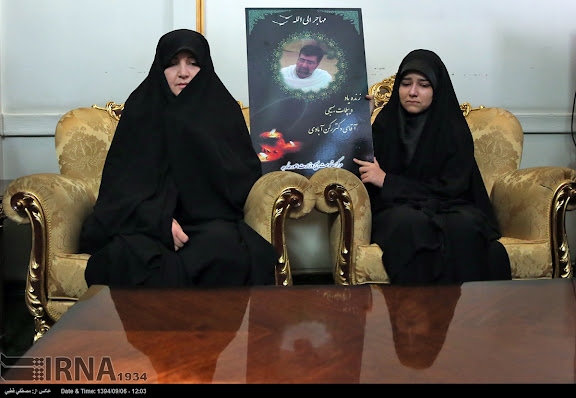 Bereaved family members with image of the deceased at the funeral of Ghazanfar Roknabadi, in Tehran