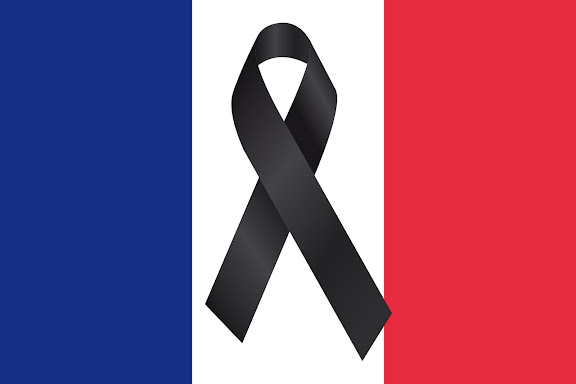 
Hassan Rouhani on Saturday postponed what would have been the first visit to Europe by an Iranian president in 10 years after attacks in Paris that he described as "crimes against humanity."

Foreign Minister Mohammad Javad Zarif, who had been due to travel with Rouhani, told state television he would now instead head Iran's delegation to international talks on the Syrian conflict in Vienna.

Rouhani sent a message of condolence to French counterpart Francois Hollande on the shootings and bombings in Paris that left more than 120 people dead, Iran's official IRNA news agency reported.

"In the name of the Iranian people, who have themselves been victims of terrorism, I strongly condemn these crimes against humanity and offer my condolences to the grieving French people and government," Rouhani said.

Zarif said the Paris attacks made the Vienna talks all the more important as world governments needed to work together to fight against the Islamic State group and other extremists.

"We must use the opportunity presented by these crimes to coordinate internationally," he said.

"The Paris events show once again that terrorism and extremism are an international threat and that international cooperation is necessary to fight this phenomenon."

This writer stated at the onset of the 2014 Northern Iraq Offensive carried out by ISIL that regional rivalries between the United States and Iran should be set aside, with priority given towards the defeat of ISIL. This writer also pointed out the danger to Europe and particularly France, to Salafi Jihadist terror. Unfortunately the rivalry went on unabated and the terror strikes materialized.

The Russians and Iranians are currently engaged in an effective military campaign against armed Salafi Jihadists in Syria. It is hoped the parallel tracks of the U.S.-led coalition against ISIL can be made unified with that of the Russo-Iranian-Syrian-Iraqi-Lebanese alliance. That way forward offers the best prospect of defeating this threat, while the parallel track approach has proven highly inefficient.

The United States and Russia have reportedly exchanged preliminary lists of what they regard as terrorist groups in Syria. That's a positive step that should be built upon.
Posted by Mark Pyruz at 4:10 AM

The band "Eagles of Death Metal" performed here in San Francisco only last month. Hope they and their crew are all safe.

The choice of targets is telling.

Also it will be wise for the Russian and Iranian military in Syria to concentrate on ISIL now. They've ruled over eastern half of the country for nearly two years, making Raqqa their capital, and controlling oil fields which have become one of their vital sources of revenue. The Syrian regime instead of fighting ISIL, purchases oil from them and leaves them alone in the east. ISIL needs to be defeated in Syria. Hope Paris attacks would be a motivation for the regime, and for the Russian and Iranian militaries in Syria, to concentrate their fighting in the east against ISIL, what they have not done so far, and also find a way to form a united front with the opposition to get rid of ISIL in the country, and soon.