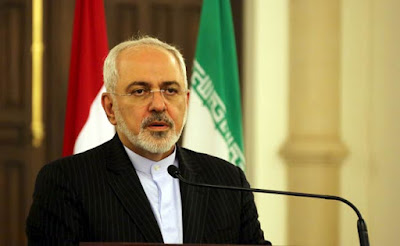 Iranian Foreign Minister Javad Zarif arrived in Beirut today to discuss issues of mutual interest with the Lebanese prime minister and other senior officials, including a “new plan” on resolving the crisis in Syria, said Marzieh Afkham, Iran’s foreign ministry spokeswoman. IRNA, the Iranian official news agency, said that the plan will be discussed with the Syrian government in Damascus during Zarif’s visit on Wednesday. (IRNA/Reuters, 11 August)

The Iranian foreign ministry spokeswoman also said the Syrian war has no military solution and the conflict should be resolved politically. But Iran has been actively involved militarily from the beginning of the civil war in Syria. The Quds Force and foreign Shia militias under its command, including the Lebanese Hezbollah and Iraqi and Afghan militant organizations, bear the brunt of the fighting in support of Assad, especially after the Syrian Army faced serious setbacks by the opposition in recent months.

Iran also has extended billions of dollars in line of credit to Syria for Iranian arms and oil shipments, none of which has been repaid, with Damascus facing severe financial difficulties. Iran also spends billions of dollars on Hezbollah and other foreign militias deployed to Syria and hundreds of Quds Force advisers and IRGC specialists, and on costs of military operations in a long and seemingly unending war, now in its fifth year.

Iran foreign ministry spokeswoman says Zarif will discuss the details of the new Syrian plan with the officials in Beirut, and then with officials in Damascus during his visit on Wednesday. No explanation why a plan for Syria should be first discussed in Beirut and not Damascus.

As strange as it may sound ,Beirut may be a safer place than Damascus for diplomatic gathering representing various parties to the conflict and their perspective supporting states .

The islamic regime is losing its grip in Syria.Hence the "New plan". The bloodline of this regime goes all the way back to Syria and Lebanon.Once they lose those they will lose their grip on Iran.That day will come.

The ruling clerics are crafty and survivalist .Sadly for the Iranian people and everybody else , that day is way off in the distant future .The best hope for the Iranians rests with a gradual transformation of the regime into a more agreeable form of government

I think we should give the mullahs another five hundred years to gradually transform themselves.Meanwhile we sit and rot.

The Persian civilization has been around for 3000 years . Maybe the Iranian people won't mind waiting 500 years for a more decent form of government .