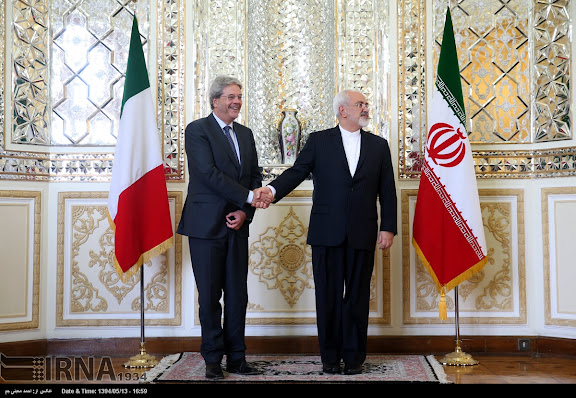 Italian Foreign Minister Paolo Gentiloni held talks with officials in Tehran on Tuesday, the latest in a series of European officials seeking closer trade ties with Iran after its nuclear deal with world powers.

Senior government ministers from France, Germany and Serbia have been among visitors to Iran since the July 14 accord that raised the prospect of banking and trade sanctions on Iran being lifted, perhaps around the end of this year.

Investment bank Mediobanca said in a statement that it, along with Italy's development ministry and export credit agency SACE, had signed a memorandum of understanding during the visit with Iran's economy ministry and its central bank.

The aim of the agreement was "to facilitate future economic and commercial relations between the two countries," the statement said.

COMMENTARY: During the negotiation process for JCPOA the Italians were particularly supportive of a deal, with an eye towards expanded business opportunities made possible with the lifting of sanctions.

This very obvious rush of European dignitaries to Tehran seeking closer economic ties represents an IRI foreign policy success directly attributable to JCPOA, generating a political momentum inside Iran that may not be able to be overturned during the adoption process. 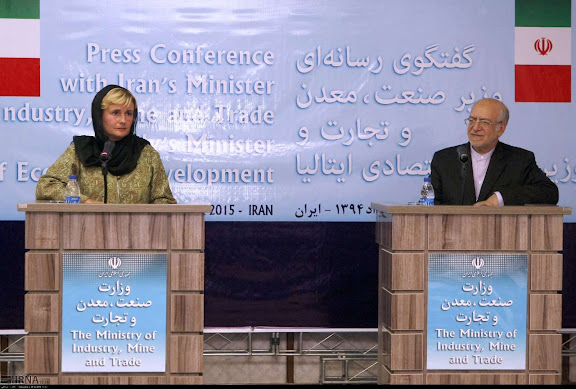 What a disrespectful and purposely but unmistakenly left-hand gesture by that Italian minister.

Gives a hint of what he thinks of the Akhoond regime ... never the less akhoonds $$$ is as good as any cash.