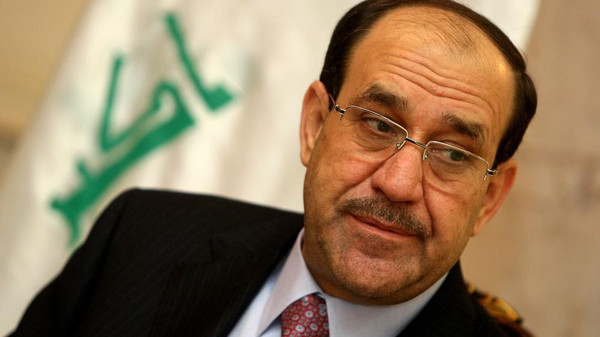 Iraqi lawmakers have called for former Prime Minister Nouri al-Maliki and other senior political and security officials in his government to go on trial for the fall of Mosul to Islamic State insurgents last year. A number of members of Iraqi parliamentary committee of investigation into the fall of Mosul confirmed on Sunday that al-Maliki’s name was among those they intend to refer to court. (Reuters/DW, 16 August)

The report detailing the committee’s findings was presented to the parliamentary speaker, Salim al-Juburi, who said he would pass it on to Iraq’s prosecutor general for possible legal action.

“No one is above the law and accountability to the people,” Jaburi said in a statement after receiving the report, which was approved by 16 votes of the committee’s 24 members.

Reuters reported other officials named in the report include the former governor of Mosul, Atheel al-Nujaifi, former acting Defense Minister Sadoun al-Dulaimi, the former head of the army, Gen. Babakir Zebari, and Lt. Gen. Mahdi al-Gharrawi, the former operational commander of Nineveh province, of which Mosul is the capital.

ISIL insurgents launched an offensive on Mosul, Iraq’s second largest city, on 9 June 2014 and overran it a day later. A number of Iraqi army divisions collapsed during the initial assault and fled, abandoning weapons and heavy equipment, which was then captured by ISIL fighters.

Despite ineffectiveness in handling some of Iraq's security challenges while in office , Nouri Maliki nonetheless represent a mile stone in Iraq's contemporary politics .I came across a photo of him attending a conference in Teheran last week , apparently in very good health and sharply dressed for the occasion . In a more normal country that's should hardly raise an eyebrow , but can anyone remember a former Iraqi head of the state not being violently overthrown or meet an untimely end ? In itself that's a sign of political progress .