IAEA: Report Iran to Inspect Own Military Site is ‘Misrepresentation’ 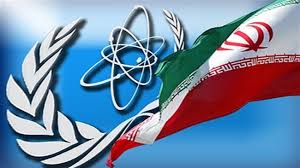 An unconfirmed report by the Associated Press cited a draft document suggesting IAEA would not send its own inspectors in Parchin but would instead get data from Iran on the site.

“I am disturbed by statements suggesting that the IAEA has given responsibility for nuclear inspections to Iran. Such statements misrepresent the way in which we will undertake this important verification work,” Amano said in an unusually strongly worded statement on Thursday. (Reuters, 20 August)

Meanwhile, the State Department said today IAEA would “in no way” hand over responsibility for nuclear inspections to Iran. “That is not how IAEA does business,” State Department spokesman John Kirby said in a statement. (Reuters, 20 August)
Posted by Nader Uskowi at 2:39 PM

Spokesman for the Atomic Energy Organization of Iran (AEOI) Behrouz Kamalvandi also denied the report, indirectly, by stating the confidential document cited by AP has not been distributed but kept confidential.

It seems likely that IAEA staff would either be present or watching via video camera when the Iranians take samples from the site, a practice that the international nuclear agency has used in previous inspections agreements.