Iran: ‘Axis of Resistance’ Should Block U.S. Influence in Region 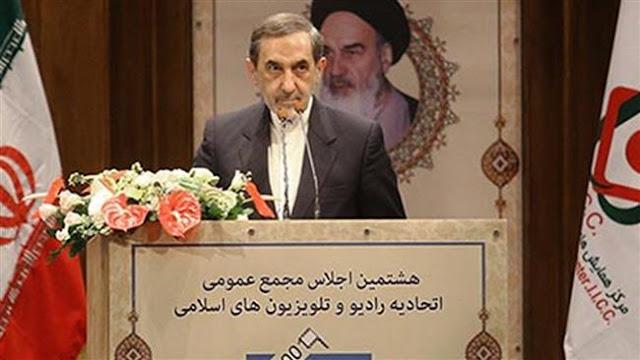 Ali Akbar Velayati, Khamenei’s senior advisor for foreign affairs and former Iran’s foreign minister, said Sunday in Tehran that the "Axis of Resistance," which comprised of Iran, Syria and the Lebanese Hezbollah, should block U.S. influence in the region. Velayati said the duty of the Axis is “not only to fight against the dominance of foreigners in their countries, but also to cut the influence of the U.S. in the region.” (IRIB/Press TV, 16 August)

Velayati added that "mercenaries" are currently fighting in Muslim countries to materialize the goals of the United States. Velayati probably does not count Quds Force-led foreign Shia militias fighting in Syria to save Assad’s regime among the "mercenaries," nor is he probably counting the Iranians and Lebanese fighting in the country as foreigners. Velayati also did not address the issue of what has happened to the "Axis of Resistance" now that the Syrian government has lost control over most of the country.

Listening to Mr. Velayati , one gets the impression that Iranian government's raison d'etre is to counter U.S. influence in the region .For those who subscribe to that school of thought , there are good news and bad news . The good news is that the U.S. interest and subsequent influence in the region seems to be on the wane . The bad news is that the US. interest and influence in the region is on the wane .
Iran and its allies are not expected to provide a lasting solution to the Middle East political ills ( it's a very tall order after all ) and its so called vaunted Quds forces have been pathetically inept in countering ISIL and Taliban-type threats . A modus vivendi with U.S. will go a long way in securing a peaceful Middle East and addressing some of Iran's legitimate national security concerns , especially in the areas of counter-terrorism and counter-narcotics for example .But are the Iranians are ready for such a leap of faith ?

Axis of Resistance ? Let's hope it's not resistance to better human rights, more open societies and higher standards of living .

As long as the akhoonds are in power that is precisely what will be happening,resistance against freedom.

The Axis Powers of the 1930 and 40s; Nazi Germany, Fascist Italy, Imperialist Japan.

AnonymousAugust 17, 2015 at 6:20 PM
Do you honestly realise how much like george bush jr you sound?,thats wasnt a compliment by the way

Couldn't say it any better myself.