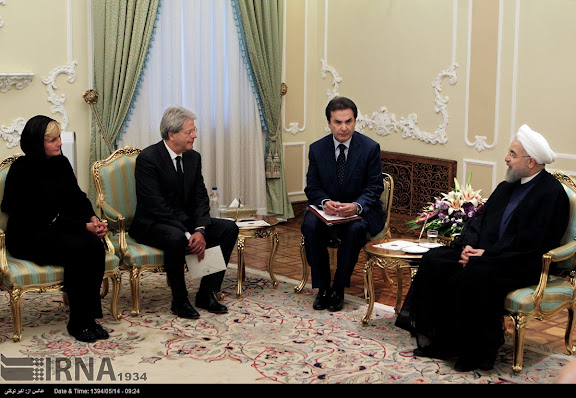 
Iranian President Hassan Rouhani has accepted an invitation to visit Rome, Italy's foreign ministry said on Wednesday, in what would be his first trip to an EU capital as he tries to mend diplomatic and economic ties with the West.

Prime Minister Matteo Renzi invited Rouhani to make the trip "in the coming weeks", according to a spokesman for Foreign Minister Paolo Gentiloni, who was in Tehran on Wednesday, the latest high-level European official to visit the major oil producer which is about to exit a tough EU sanctions regime

Italian oil and gas group Eni, which had a major presence until 2001, has said it will consider investing in Iran again if sanctions are lifted and it receives favorable contract terms.

Investment bank Mediobanca on Tuesday said that it, along with Italy's development ministry and export credit agency SACE, had signed a memorandum of understanding with Iran's economy ministry and its central bank.

COMMENTARY: Iranian President Rouhani has now been invited to both France and Italy, following the signing of JCPOA and the prospect of lucrative, post-sanctions economic ties.

The Iranian foreign ministry stated today that delegations from Spain and Switzerland are scheduled to be next, for visits to Tehran to meet with Iran's leadership. 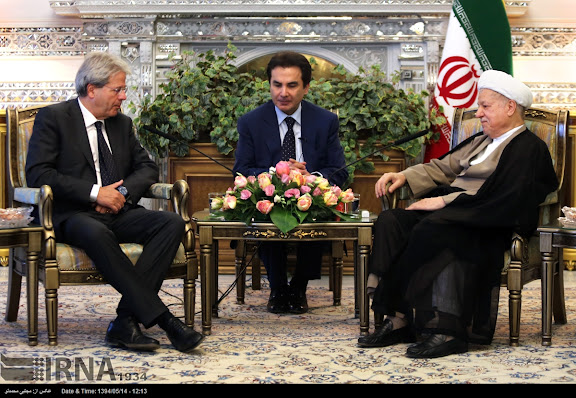