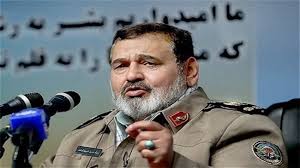 According to Sepah News:


[T]he Basij commander, Maj. Gen. Hassan Firouzabadi, Chief of Staff of the Armed Forces explained in an interview: “evaluations of Iraq’ central government [show] that it has operated very well; by obtaining important achievements in stabilizing Iraq’s sovereignty and protecting its territorial integrity and independence, [the government] has been successful against the enemies of the nation of Iraq.”

[Firouzabadi] pointed to the formation of some mischievous activities in the country… “calling for street protests by stimulating specific and sometimes non-Muslim groups, and the blowing up of Iran-Iraq power lines and other vandalism.”

Chief of General Staff of the Armed Forces said that each successful revolution has seen such noise and obstructions against itself… The revolutionary people of Iraq should show self-restraint more than ever, and must help the central government on the path of progress and overcoming the enemies.” 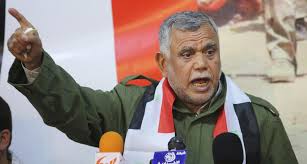 
Iranian-backed Badr Organization endorsed the peaceful protests on August 6, prior to Ayatollah Sistani’s sermon, but did not declare its intent to participate and warned against losing focus on the anti-ISIS fight. Badr issued a brief statement following the sermon in support of Sistani’s call for reform, without providing any additional details on either the sermon or the demonstrations. Amiri stated that he “added his voice” to the demonstrators, but that he could not participate because he was “busy” with the fight against ISIS, in line with Badr’s ongoing political agenda to promote itself as a capable national military force that will liberate tracts of ISIS-occupied Iraq. Kata’ib Hizbollah (KH), another Iranian-backed militia, did not issue a statement on the subject at all, despite having stated its interest on July 18 in interrogating the Electricity Minister, seeking to punish corruption, and ending the electricity crisis. The Nujaba Movement (NM), another Iranian proxy militia, had stated its intent to participate in the Friday protests but there was little indication of significant Iranian proxy participation in the largely-peaceful protests on Friday. The Iranian proxy groups’ limited public responses to the unfolding political developments are likely due their inability to rally direct opposition to Ayatollah Sistani as well as their preoccupation with anti-ISIS operations. 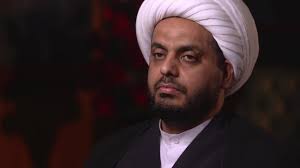 While AAH did not overtly participate in the demonstrations, AAH leader Qais al-Khazali, in a speech delivered on August 7, asserted that PM Abadi faced “a major historic responsibility” and that the PM should submit his resignation if he is unable to address the need for reforms. Khazali also used the speech to repeat AAH’s call for the transition to a presidential system, an initiative championed by AAH and widely regarded as a method by which to empower VP Maliki, whose relationship with AAH is well-established. In this context, Ayatollah Sistani’s sermon may be seen as an effort to empower PM Abadi against the political designs of AAH, its patrons in Qom and Tehran, and VP Maliki. AAH’s rhetoric therefore indicates the group’s political divergence from the majority of Iraq’s major Shi’a political actors and point to AAH’s intention to leverage the protests against PM Abadi to obstruct political reform by calling for the PM’s resignation and a transition to a presidential system, an initiative VP Maliki himself advocates. It will therefore remain important to monitor the development of protests in southern Iraq, where VP Maliki’s SLA is dominant, given that VP Maliki and AAH may seek to leverage the localized demonstrations against the national government.

COMMENTARY:  With current military efforts directed at Ramadi and Fallujah by ISF and PMF, it has to be conceded that popular unrest against the Iraqi government is viewed favorably as a potential lifeline by ISIL.

Political instability at a time when the country is occupied to such an extent by enemy forces would present a further challenge to all parties involved in military activities, aiming to defeat ISIL.
Posted by Mark Pyruz at 2:15 AM