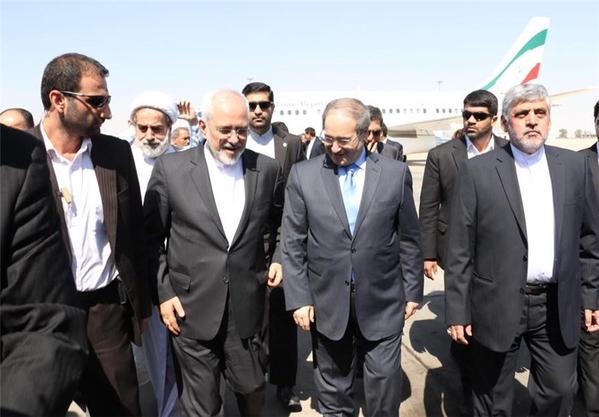 Iranian Foreign Minister Javad Zarif arrived in Damascus today to discuss Iran’s four-point peace plan for seemingly an unending war now in its fifth year. As a sign of how troubling the situation has become, the Syrian air force carried airstrikes against the opposition in and around Damascus early Wednesday, just hours before Zarif’s plane landed at the airport. More than two dozen people were killed in today’s airstrikes. Zarif is scheduled to hold meetings with President Bashar al-Assad and other senior Syrian leaders.


Iran intervened militarily in the Syrian war from its beginning, deploying hundreds of Quds Force and IRGC officers and thousands of foreign Shia militias, including the Lebanese Hezbollah, to save the Assad’s regime. The Quds Force-led forces bear the brunt of fighting in Syria; especially in recent months after the anti-Assad forces scored significant victories against the Syrian Army. Zarif was in Beirut on Tuesday and met with Hezbollah’s secretary general Hassan Nasrallah.
Photo credit: Iranian Foreign Minister Javad Zarif (second from left) arriving in Damascus; 12 Auguast 2015 (Twitter)
Posted by Nader Uskowi at 10:22 AM