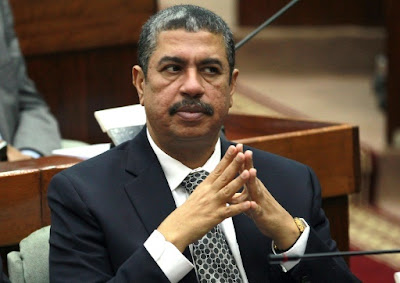 Yemeni Prime Minister Khaled Bahah landed in Aden on Saturday, accompanied by six government ministers, and greeted at the airport by seven government ministers already in “liberated Aden.” Bahah later convened a cabinet meeting in the city, a symbolic move to show the end of the Houthi domination of the country and beginning of the return of “normal life” to the country, Bahah said. He later flew out to Abu Dhabi, his spokesman announced. (AFP, 2 August)

An AFP correspondent who toured Aden on Saturday said authorities have managed to partly reopen main roads after removing debris, including burned out military vehicles and cars. Residents have also ventured outdoors, some returning from other areas of the city to homes devastated in the fighting, AFP reported.

Meanwhile, government forces were pressing to advance north and east of Aden to dislodge the insurgents entrenched in Lahj and Abyan provines. Pro-government Popular Resistance militias entered the strategic southern city of Zanjibar. The capture of Zanjibar would secure Aden’s western flanks and cut off a key supply line for the Houthis. The militia said late on Saturday that they are in control of south and west of the city.

Fighting also raged on in Yemen’s third largest city of Taiz, with five pro-government fighters and 47 rebels reportedly killed on Saturday. Arab coalition warplanes stepped up raids late Friday and early Saturday against Houthi positions in the strategic Al-Anad air base, Yemen’s largest, in Lahj province, AFP said. The capture of Al-Anad will give the coalition a strategic base of operation in the country.

A significant victory for Saudi/UAE-led forces. It appears to me that Iran is loosing ground in both Yemen and Syria.

Visiting for half an hour is victory ???
After 4 months campaign ,huge embargo , ...,
They still haven't taken Aden
I think it's shame

“Liberated Aden” or "Recaptured Aden"? I think the latter is a more objective term to use in this context R.

I seriously doubt that Iran can be a serious counter-weight to Saudi/UAE effort in Yemen .It's very unfortunate for Yemenis that their fate is being largely influenced by countries with very dubious human rights standards .