IAEA to use Iranian experts for PMD inspection at Parchin 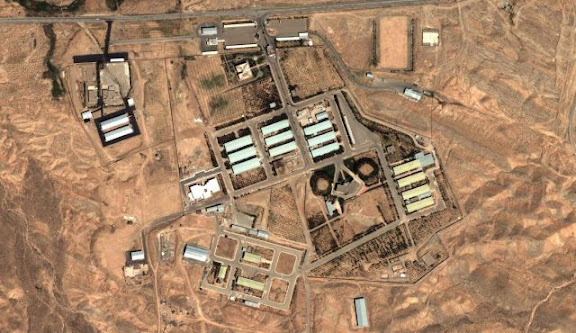 Excerpts from the Associated Press article:


Iran will be allowed to use its own inspectors to investigate a site it has been accused of using to develop nuclear arms, operating under a secret agreement with the U.N. agency that normally carries out such work, according to a document seen by The Associated Press.

The Parchin agreement was worked out between the IAEA and Iran. The United States and the five other world powers were not party to it but were briefed by the IAEA and endorsed it as part of the larger package.

The agreement in question diverges from normal procedures by allowing Tehran to employ its own experts and equipment in the search for evidence of activities it has consistently denied - trying to develop nuclear weapons.

Olli Heinonen, who was in charge of the Iran probe as deputy IAEA director general from 2005 to 2010, said he could think of no similar concession with any other country.

According to NBC News:


Wednesday night, two senior U.S. officials told NBC News that the unusual arrangement between the IAEA and Tehran relates only to past military activity and that UN inspectors, including IAEA Director Yukiya Amano, would be on site to supervise the Iranians at every step of the way.

The Senate opponent told NBC News tonight it is "categorically untrue that IAEA inspectors will be inside the Parchin facility while soil samples are being taken" - contrary to the administration's claims.

The senator, who would not permit his name to be used because of the classified nature of the briefing, says the IAEA will be outside the facility where the soil samples are being taken - a concession to save face for Iran.

During the negotiations period leading up to JCPOA, the PMD issue (with inspection of Parchin) appeared to be insurmountable. But here again, a creative solution appears to have been agreed upon.

Iran's military objects to foreign access at the site based on security concerns, with the risk that doing so may compromise aspects of its conventional military industrial complex deemed vital for national defense.
Posted by Mark Pyruz at 2:28 AM

Dr. Cole has already refuted this:

The story ran yesterday by AP was by George Jahn, a reporter known for his opposition to the Iran deal. Jahn’s story cited no sources, only saying he had documents showing Iran, not the IAEA, would investigate its own Parchin complex. This whole AP thing was a Jahn story, and journalists and commentator fell for it! It was also helpful to those who wanted to see the deal opposed in Congress.